Nice, so the last post was about our trip out to Rochester and the beer that was available, and some of the food that we had. Now let's talk about the liquor! Brunch at the Owl House included some cocktails - their list had some unique beverages, and I tried a couple - pretty good!

Rochester is home to a very nice distillery called Black Button Distilling. Over a year ago, they opened up a tasting room in Buffalo at the old HandleBar Bike bar on Swan street, but the treats are made in Rochester, so when we found out that Black Button was directly next door to Rohrbach in the brewmuda triangle - it was a surprise and an absolute must! 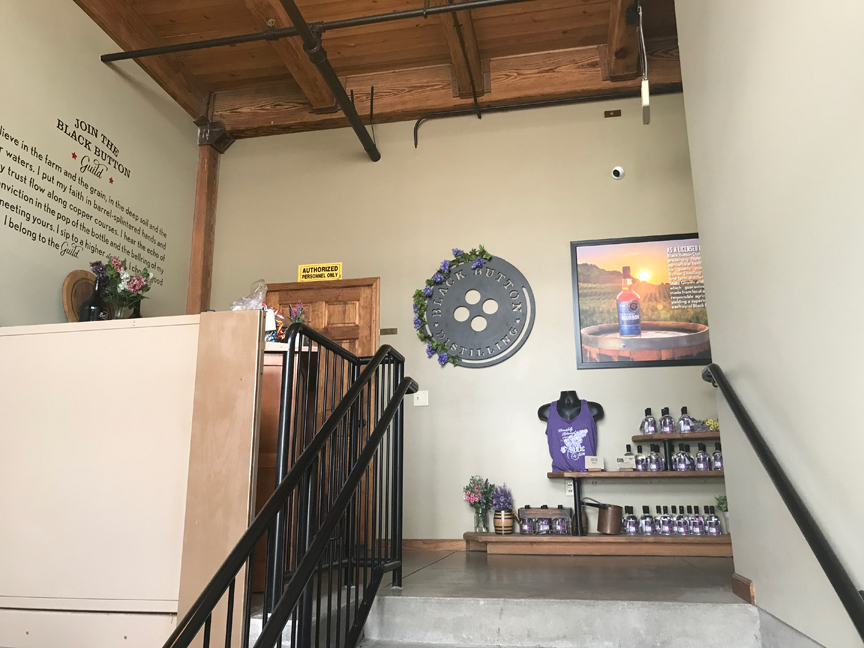 oooh nice stuff on the walls

oh wooow look at all the liquor.

Check out the still! WOW 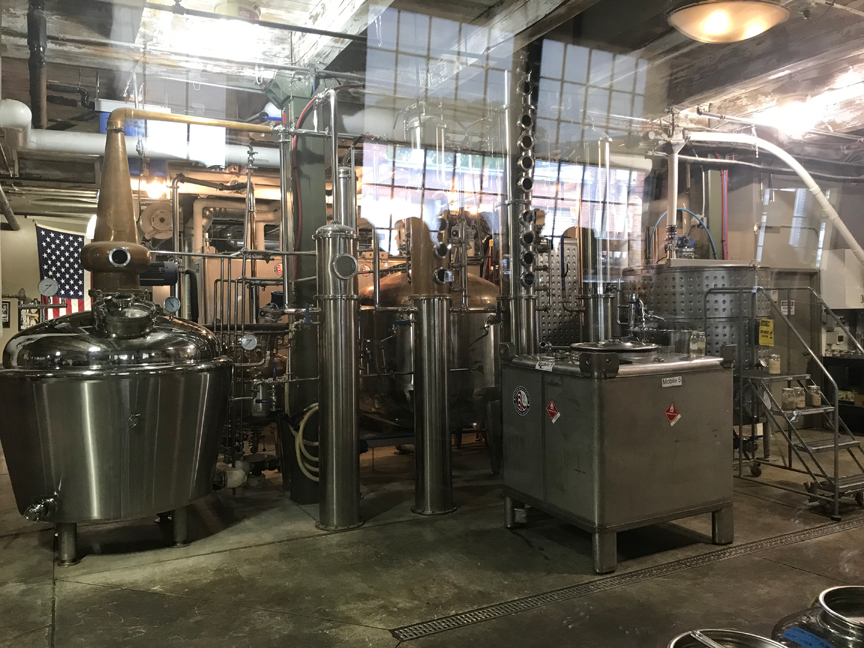 So we sat at the bar and did some tasting!

The mrs did the clear liquor - 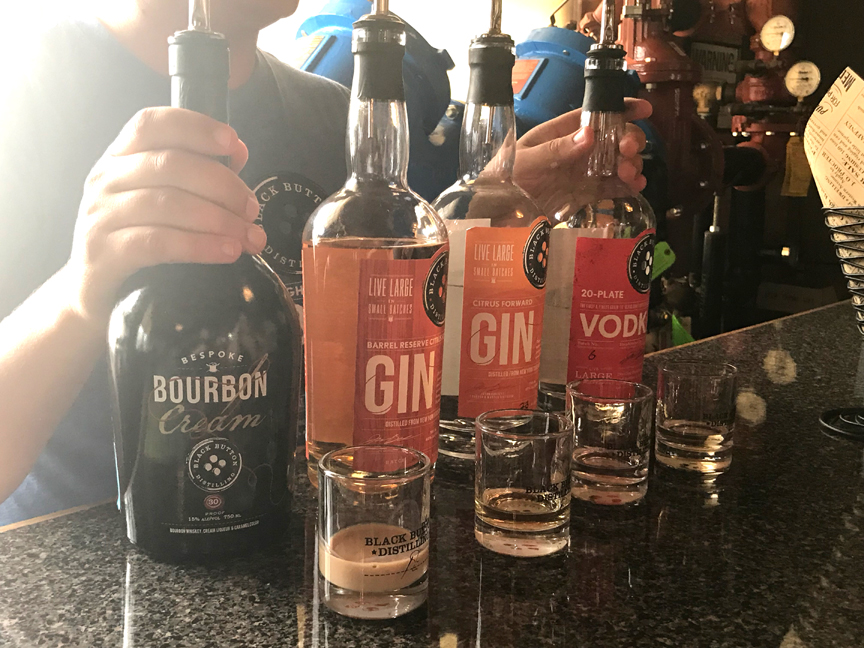 I took a couple sneaks off of her samples and here's what I thought.  I will come right out and say that I hate vodka, it doesn't taste good, it doesn't add anything worthwhile to a drink, I could really do without it.  But the 20-plate vodka that Black Button manufactures is pretty good!  I don't know what it is, but it is just... palatable, I could honestly sip that vodka. Then we got into the gins - the Citrus Gin has to be one of my favorite gins on the market. Very affordable ($35) if you want to put together a summer cocktail - this is the gin to do it with.  Then there's the barrel reserve citrus gin, it's not heavy handed with the wood flavor, the color isn't too deep - but that's a gin that could get poured over a rock of ice and sipped casually on a back patio while the grill is doing it's thing - super good. Then the bourbon cream - well, that's not a clear liquor, but it's basically a dessert beverage, and I would hard pressed to not finish a whole bottle of that by accident around the holidays.

Then it was time for the whiskeys. I got an extra shot in my tasting because my tender poured the wrong whiskey for one of my selections! Nice! After drinking beer for a few hours and having a couple cocktails at brunch, my brain was starting to get foggy, so you'll have to excuse my bad recollection of what I was drinking. The only reason I remembered what clear stuff I drank is because I had had those selections a month prior at the Broadway Market around Easter, and I took a picture of the bottles all lined up. Homey that poured my whiskey didn't do that for me, so I didn't get my picture. The blue bottle in the middle is a dropper of distilled water - The thing about whiskey that a lot of people don't really know, is that it's supposed to be watered down a little bit - As shown in this video "How to Drink Whiskey Like a Sir" -  check that joint out. The purpose of the distilled water is to slightly dilute the whiskey to a point where it's not melting your tongue when you sip it. Once you get past the burning of your tongue and throat and the blowing out of your sinus, you begin to free up your senses from the shock of straight whiskey to allow them to focus on the complex and delicious flavors and aromas!

Black Buttons whiskey game is insanely strong - I highly recommend checking it out - especially the port wood -  holy cow - look at this color:

super good. But now, after trying a bunch of whiskey and drinking beer for the better part of the day, I was not really in a good spot to make the hour trip back home. Who came to the rescue? Bitter Honey - ! 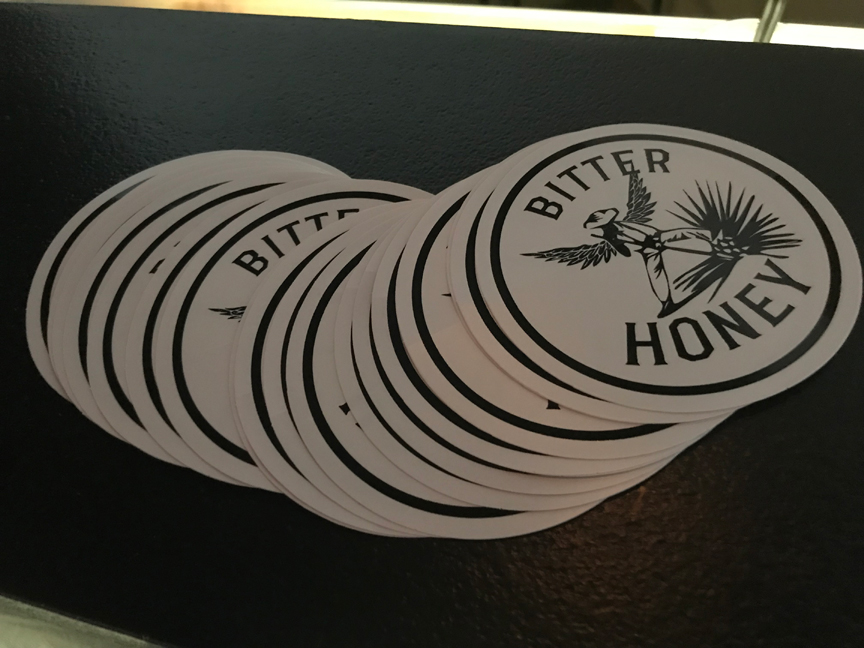 Bitter honey is a tequilla bar / restaurant, about a half a block down the street from Black Button - I'm telling you if you could get a place to crash in the brewmuda triangle, you can get absolutely wrecked, and get a lot of good drinking in! 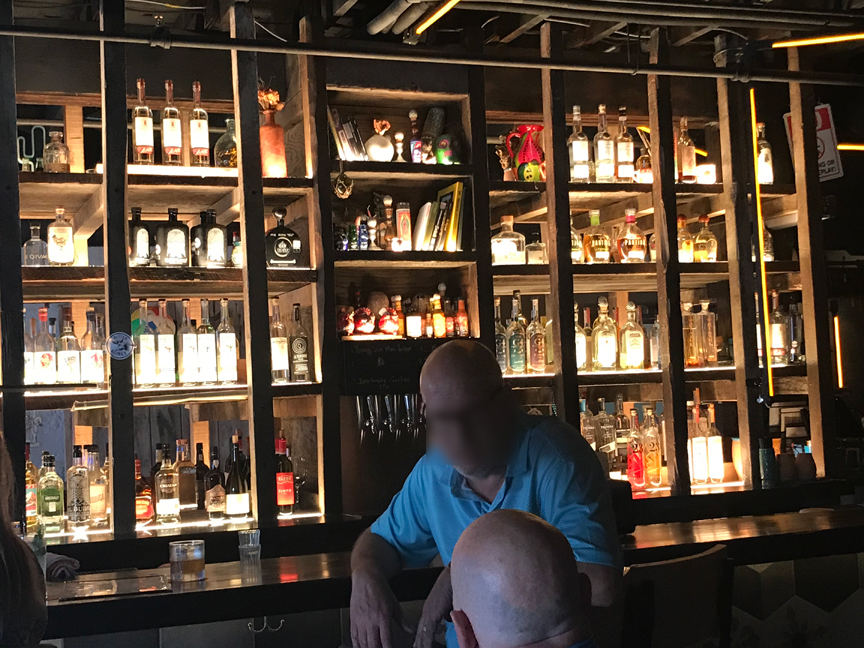 I decided to have something to eat and let my lady enjoy some tequilla (as she doesn't drink beer at the moment, and had to sit there and watch me try beer for a few hours. 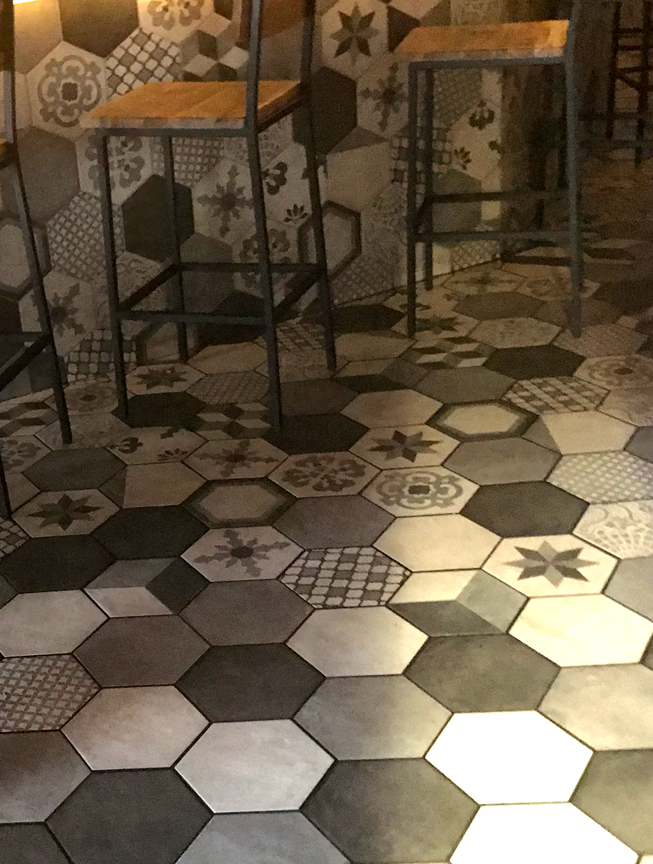 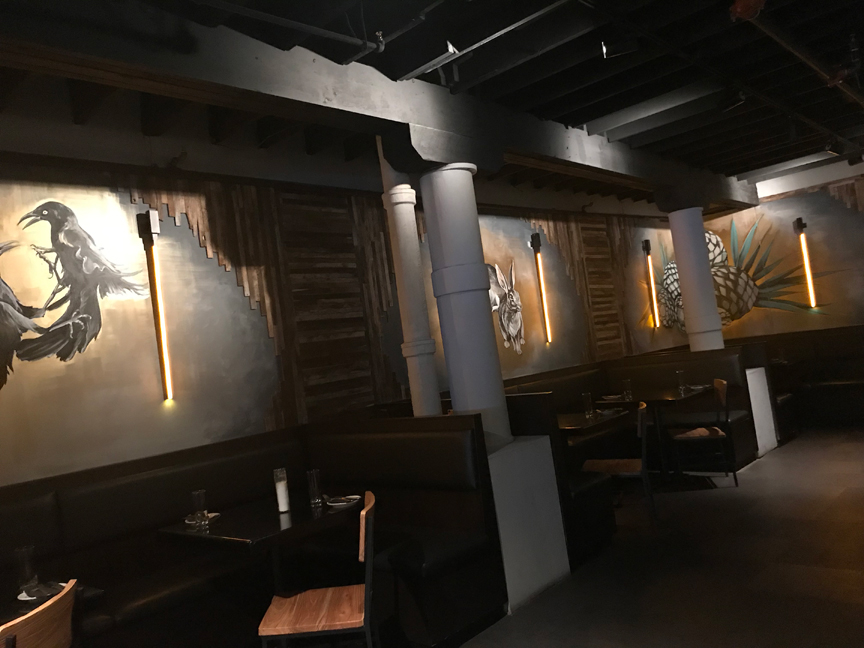 But the great part of Bitter Honey?  flights of tequilla/mezcal! 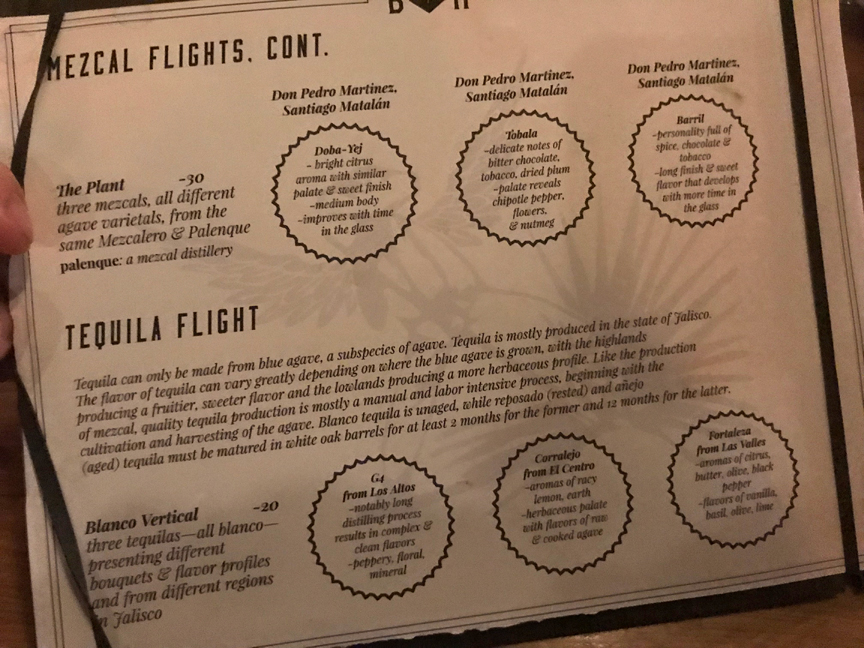 There were more flights than pictured above - and my wife really enjoyed trying them! they came in cute little terra cotta bowls on a weathered plank  (dramatic!)

Me?  I sobered up with a salsa flight! 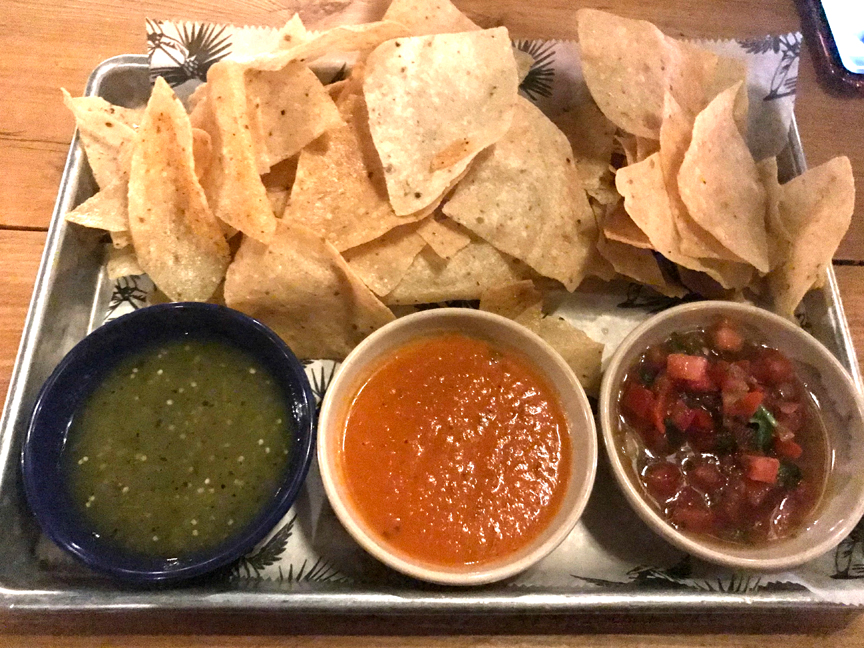 I repped on a couple yummy tacos too.

So Rochester makes for a hell of a day trip for any Buffalonia - it's not too far, and there are some great things to do out there. And like I said - if you can get a hotel or airbnb in the brewmuda triangle - you are in for a TREAT!