Some very good friends of mine are moving from Rochester to North Carolina in the near future! It is a great move for them, but they will certainly be missed. Fitting us into their 'goodbye' schedule was difficult, so we opted to meet them out in Rochester for lunch. Due to some dietary restrictions, we opted to check out the Owl House. I had a great Chicken & Waffles - and tried some fried tofu! Both very yummy! 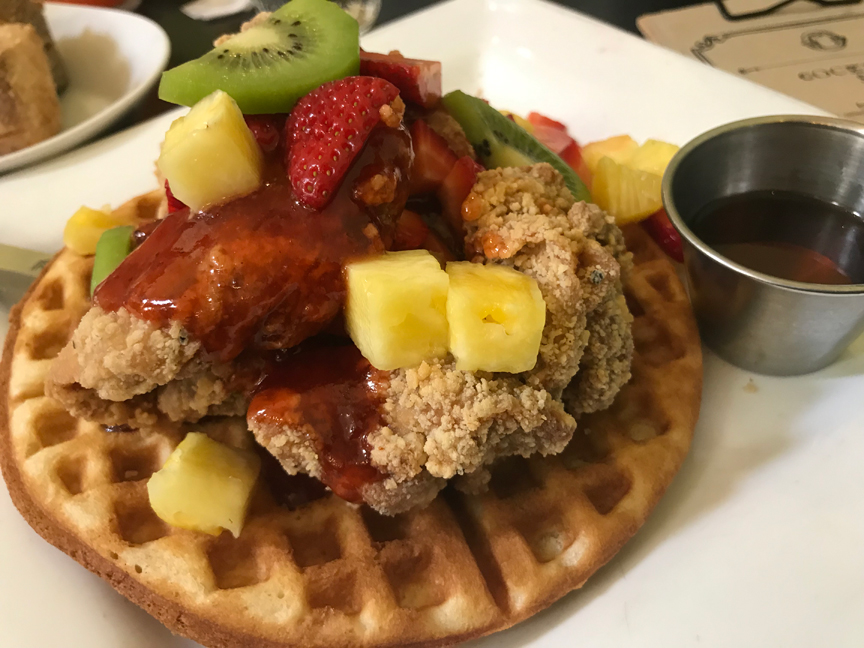 The menu said the tofu was smoked, which was my main reason for ordering some, but I didn't get any smoke on it - That's ok, it was still very tasty. 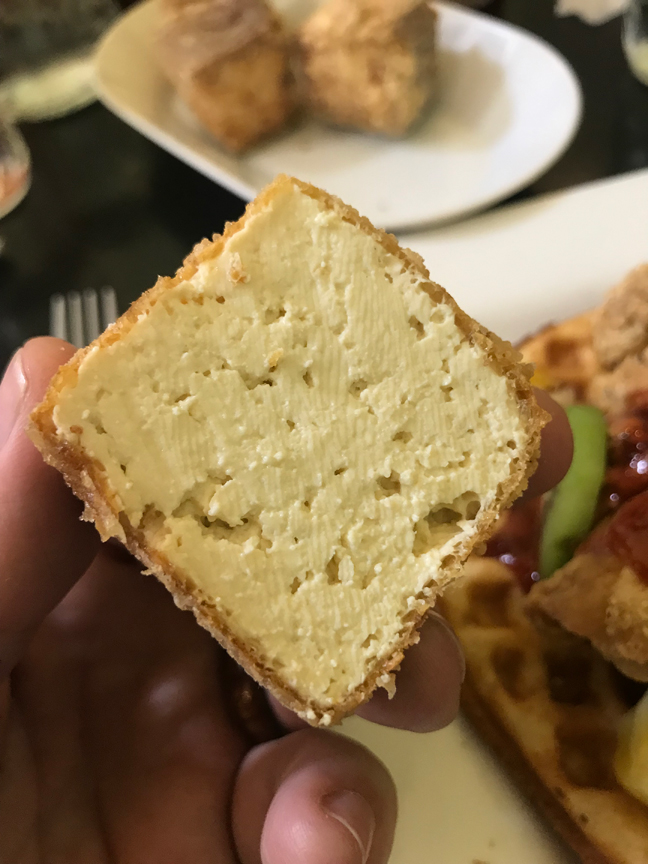 Most importantly, we had some great conversation, and some great laughs with some people. We could have hung with these folks all day, but they had agendas, and I didn't want to impose, but I also didn't want to leave a city with so much opportunity for fun!

Little people probably know this, but there is a straight up BREW-Muda Triangle east of downtown Rocester. (like Bermuda Triangle but beer - get it?) all within a 5 minute ride (2 mile area), there are about 5 breweries! And they're all pretty decent! 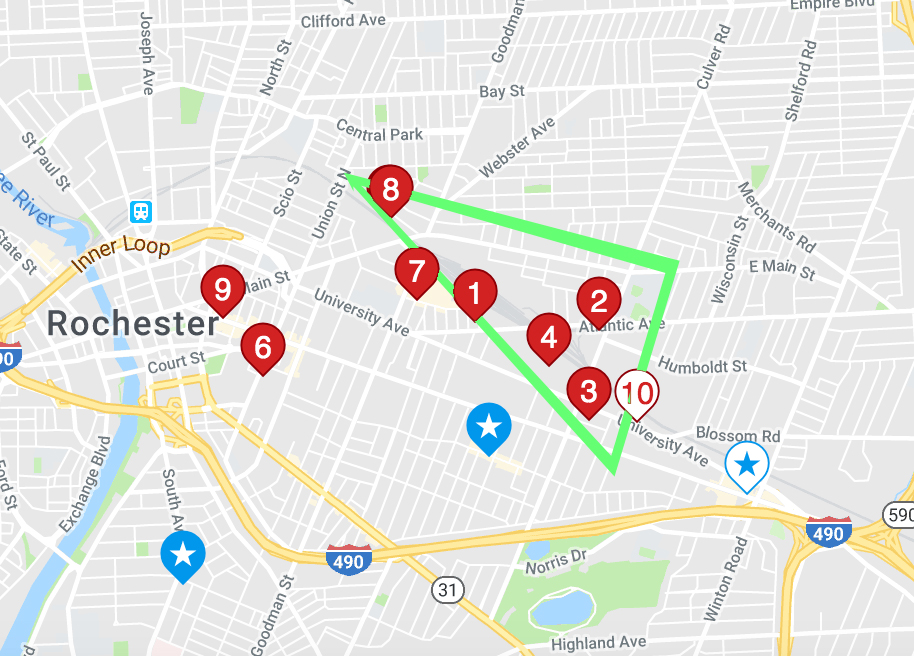 On the map above,  you'll see the green 'Brewmuda triangle' where you'll find Rohrbach, 3Heads, Fairport, Lost Borough, and Sager Beer Works. There are countless other Breweries in Rochester - including the powerhouse: Genesee Brewing, but this neighborhood of the Brewmuda triangle is in an area where you're not worried about parking or heavy city traffic, and they're all super close to each other! I didn't have time for all of them, so we picked a couple - 3 heads and Rohrbach. Here's some pics!

First we stopped at 3 heads - the mastermind behind 'The Kind' IPA - which is delicious!

I love this pic I grabbed because at first glance, once you're done taking in the sweet design of the building is the random baby carriage that looks like it's just left alone..  but it's being pushed by the mother..  who was coming from the brewery, so that's cool. 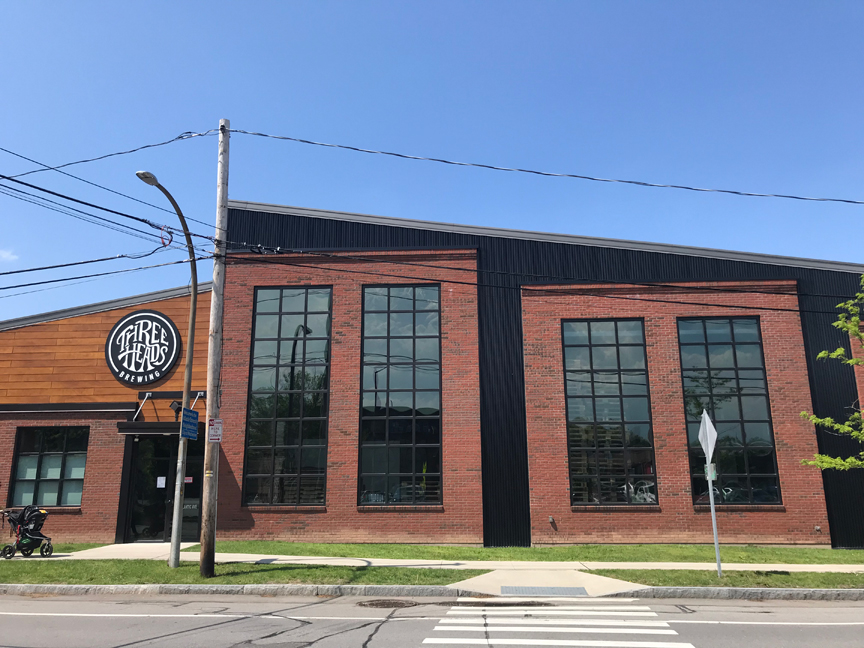 Huge outdoor patio with a tent was a prime location on this 'should have been rainy' day. 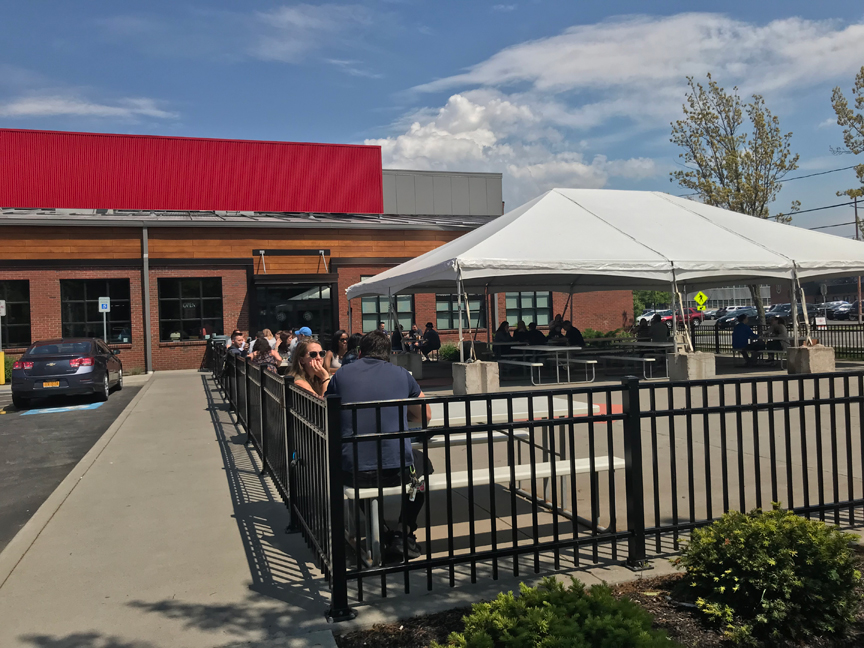 Inside was more than adequate to handle a decent crowd. 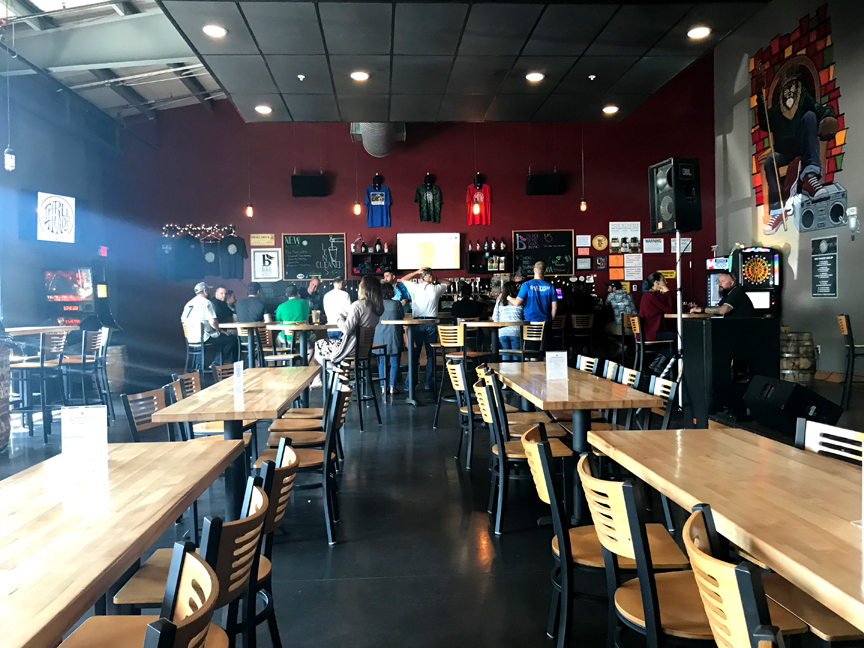 Awesome murals on the walls. 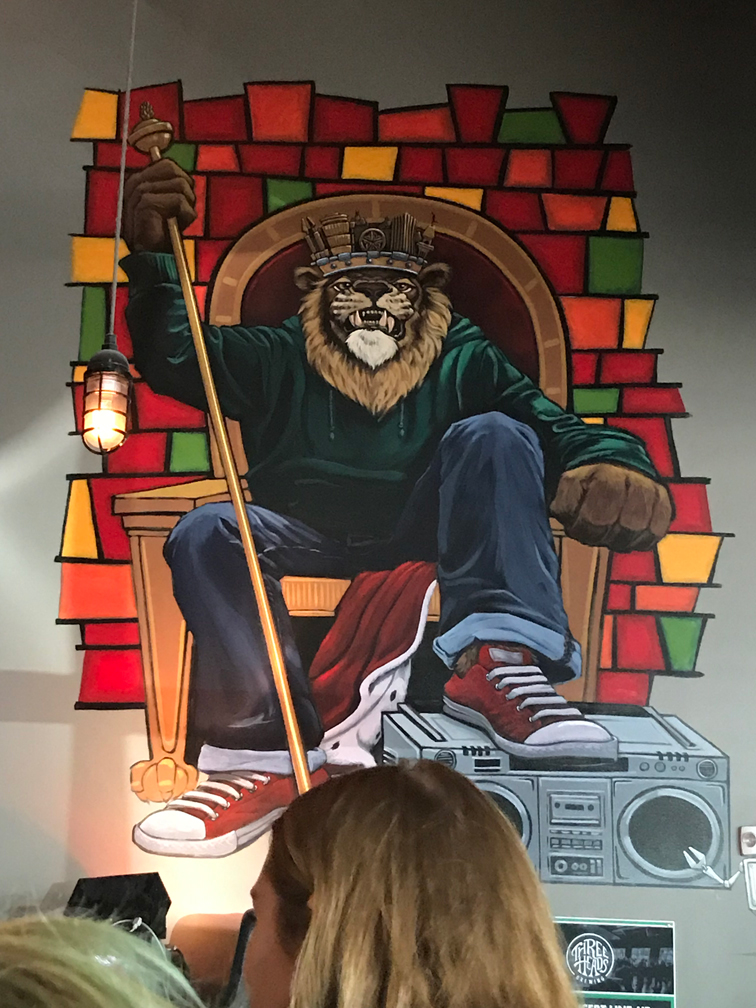 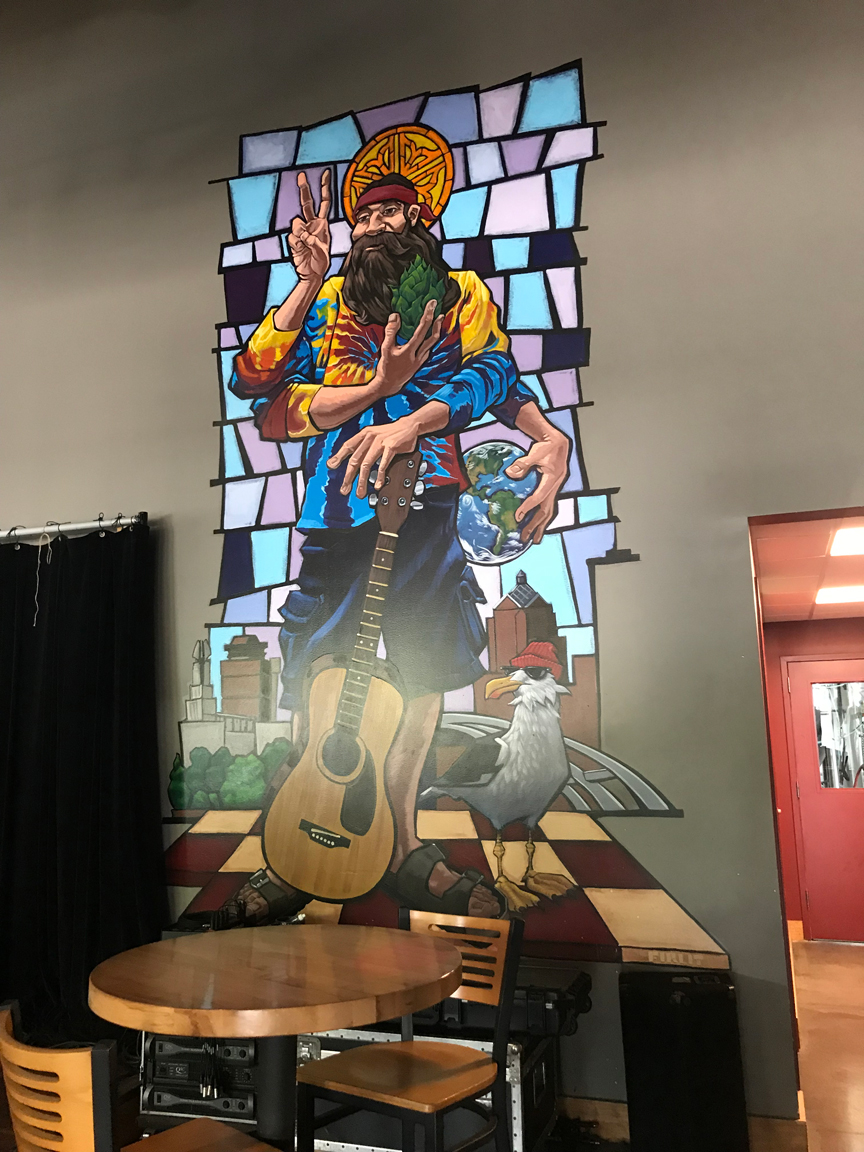 Plenty of options for beer too! 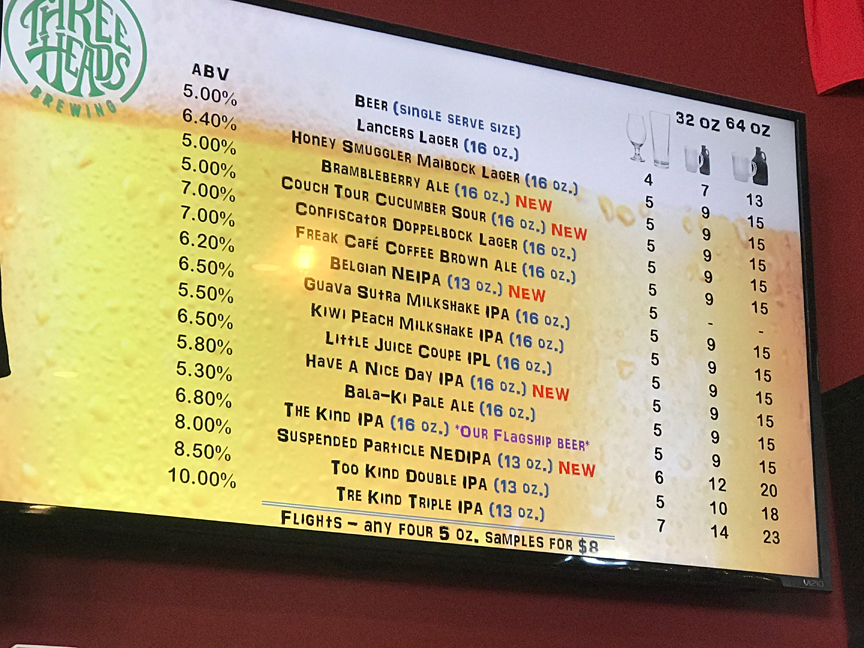 I had a flight. 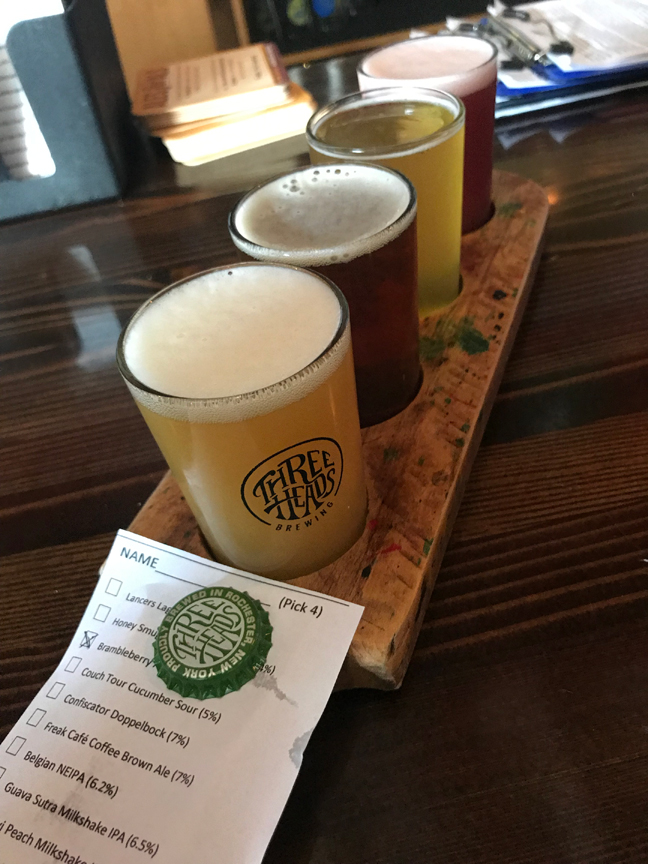 The Bala-ki was really tasty!  I snapped this nice pic of their operation - very impressive! nice setup! 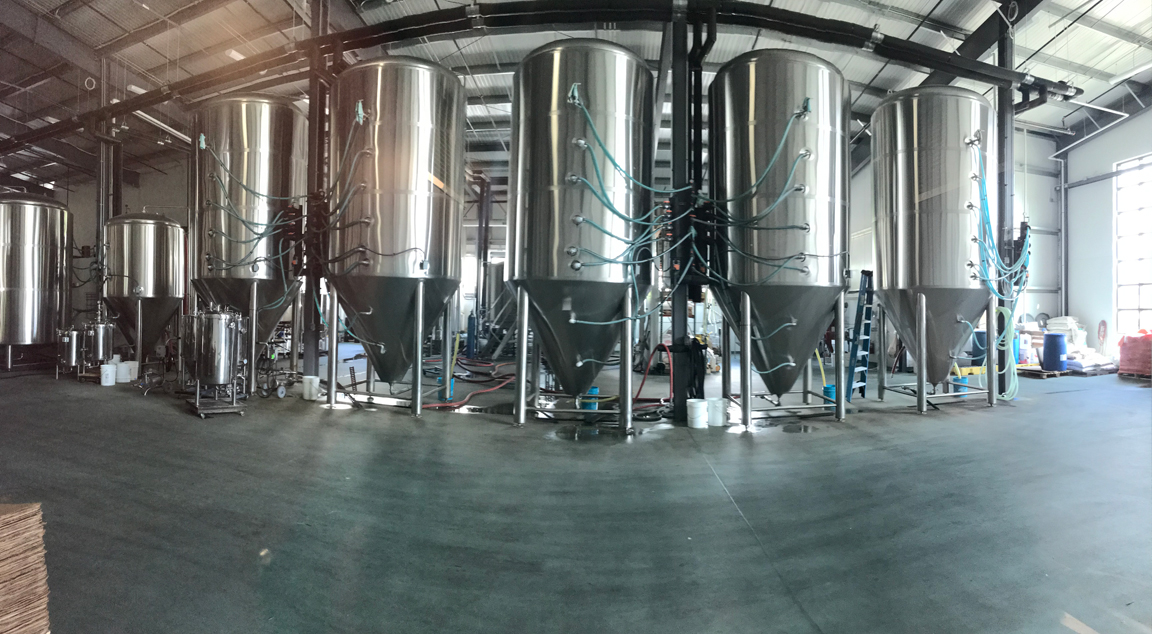 From there, it was .9 miles away to Rohrbach!

This 'Station 55' area of Rochester looks exactly like what they're trying to pull off at Chandlerville - revitalized old warehouse buildings catering to a younger crowd looking to get tipsy!

I've enjoyed Rohrbach's beer for years - trying their vanilla porter for the first time on Nitro back in 2006 or something like that - it was an eye opening experience!  So happy to finally check it out in person! 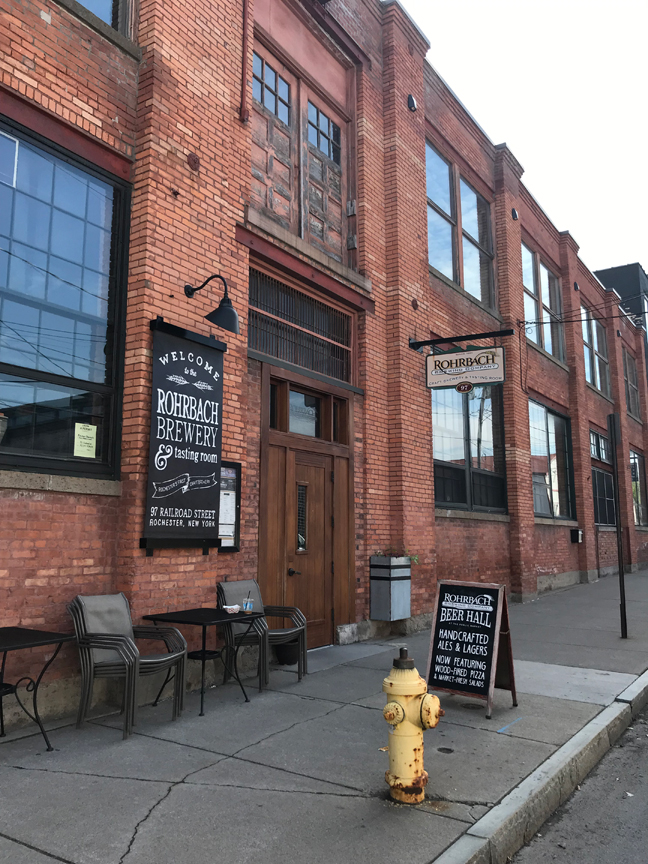 This is one of two locations in Rochester (that I could find)  this place seemed to be very excited about their 'wood fired' setup. 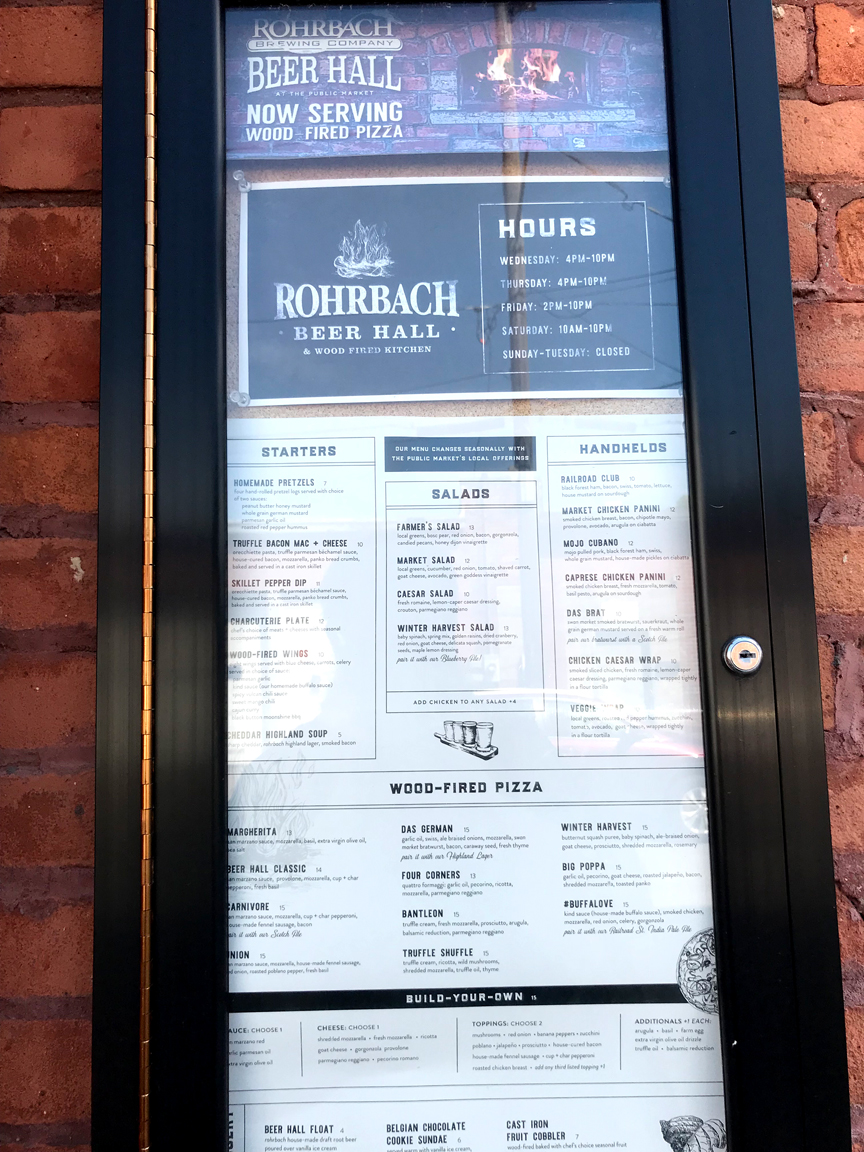 This place is nice - all the brick and wood - very cool 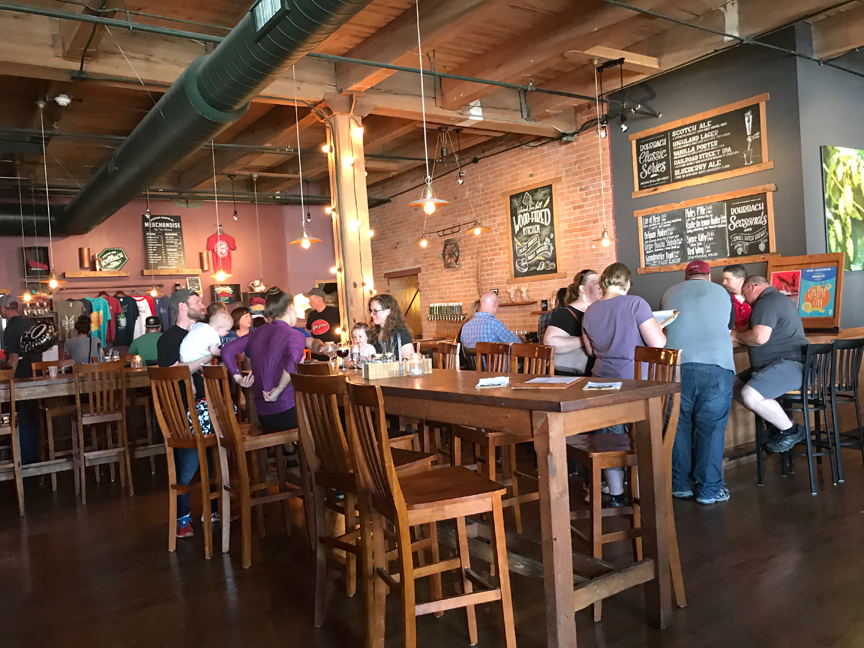 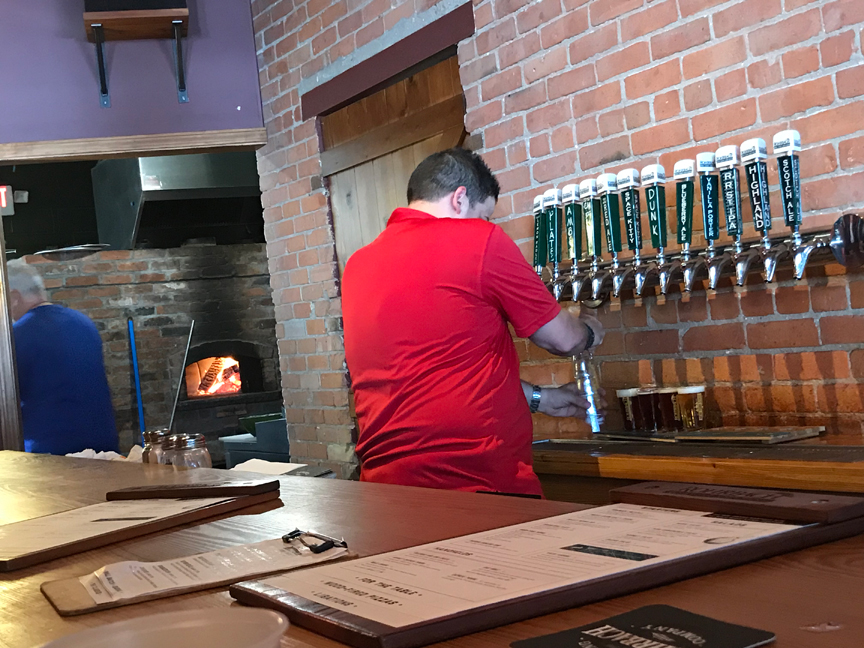 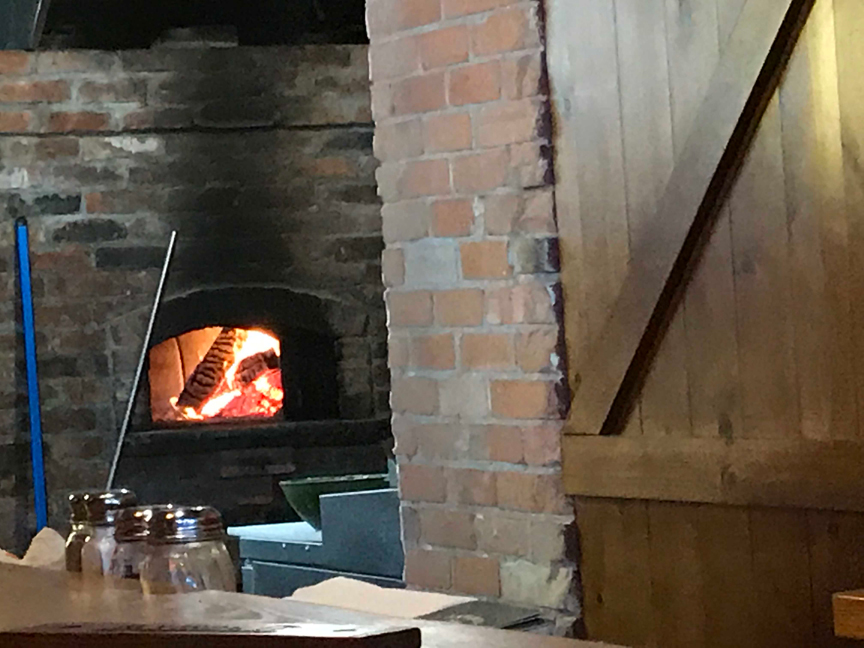 Ok time to have a flight! 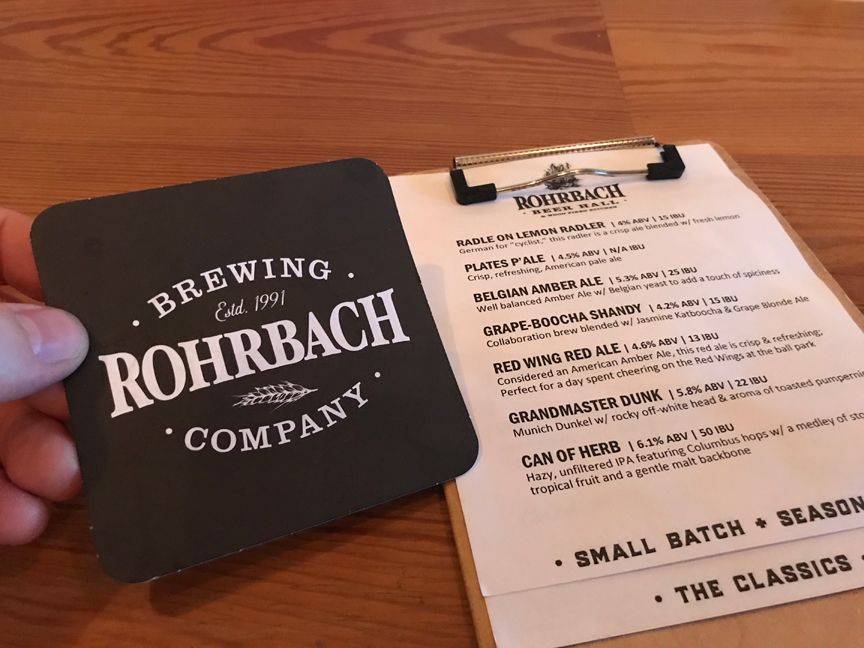 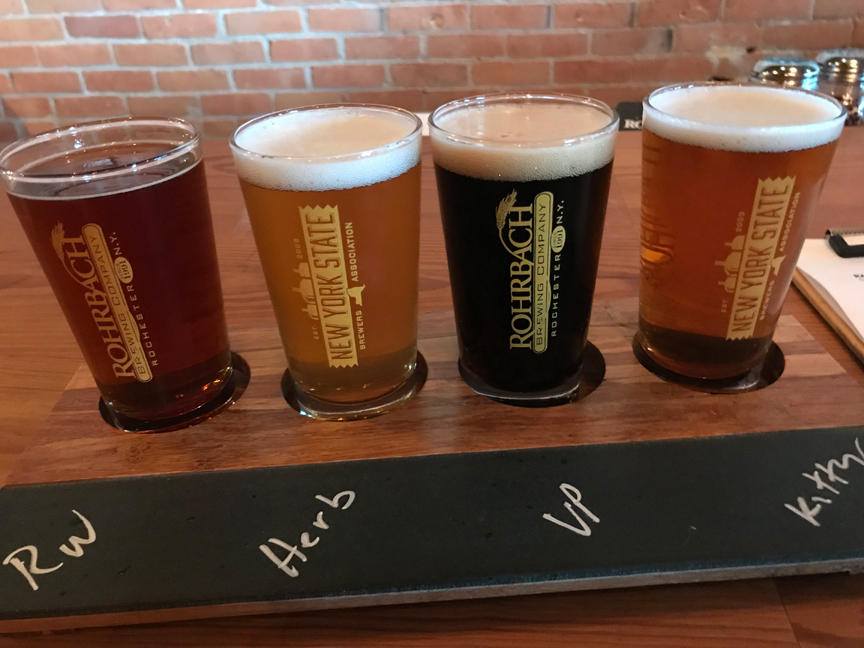 The joint on the left is their Red ale - and I loved it. IPAs are great, don't get me wrong, but sometimes a good drinkable red ale is very nice.

I started checking out the decor. 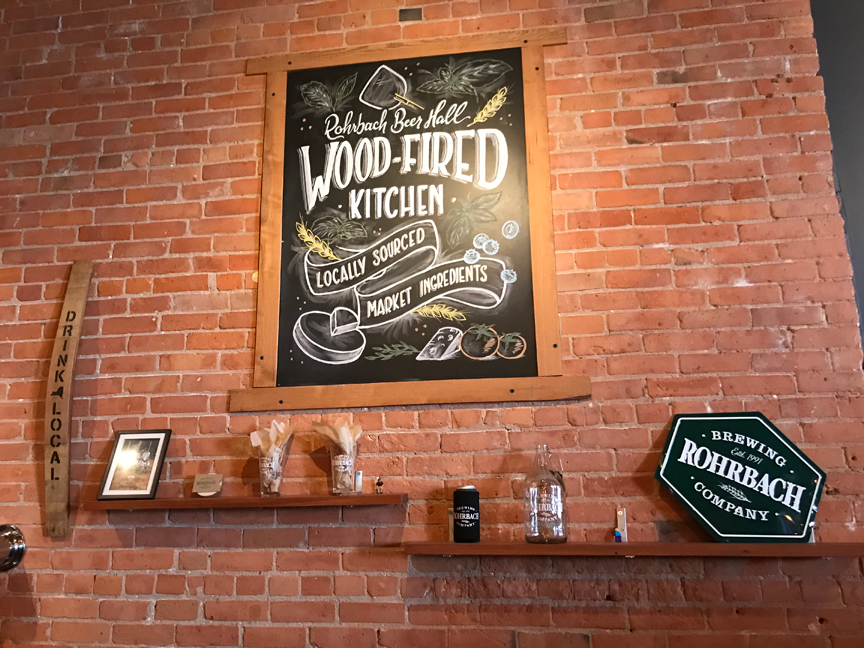 Look at this little guy! 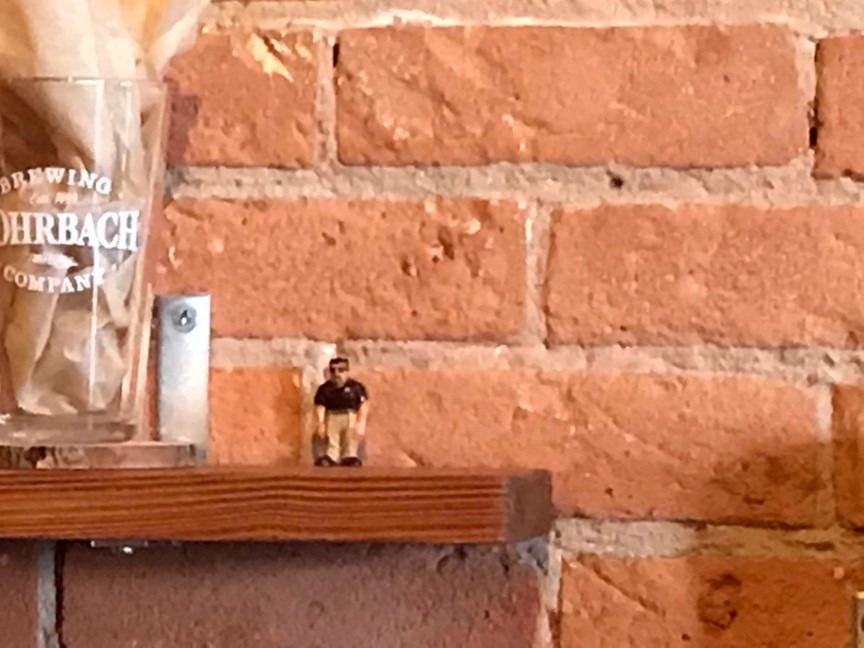 Oh hell they are set up to entertain a party too! this room is sectioned off and set up for buffet action. 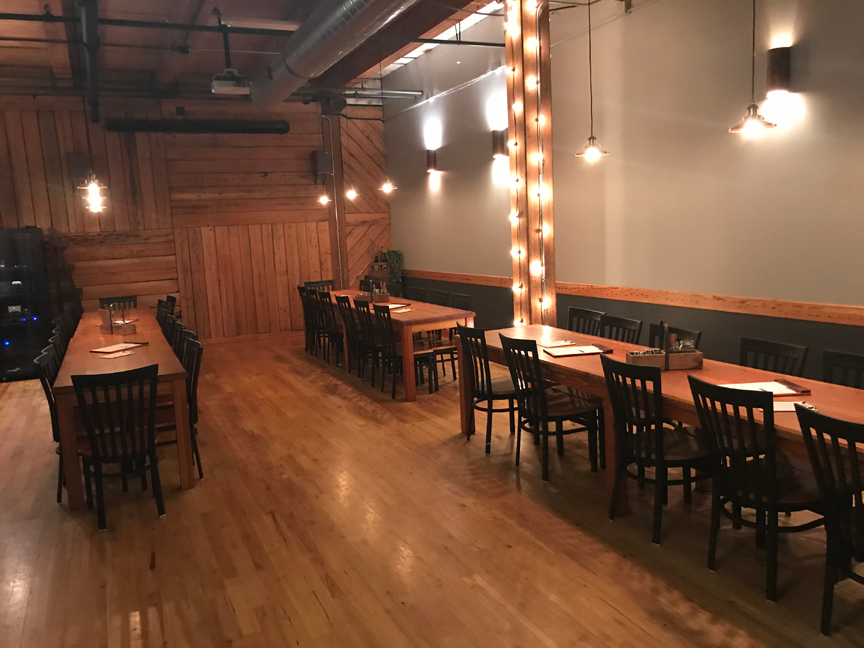 Tile floor in the bathroom is nice too.

And they have shuffleboard! 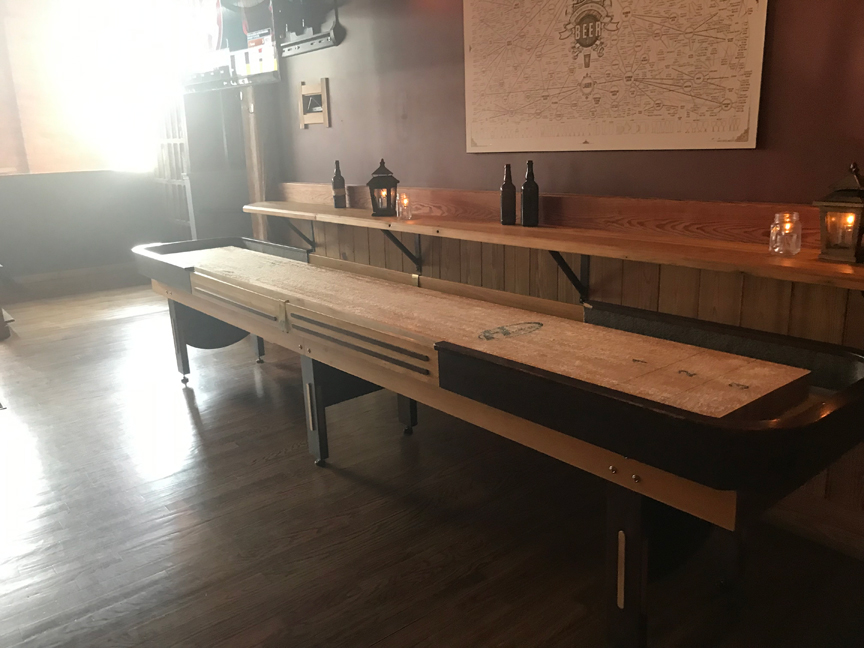 They give you a peek at the brewery too! Look at that tool-box - that's serious! 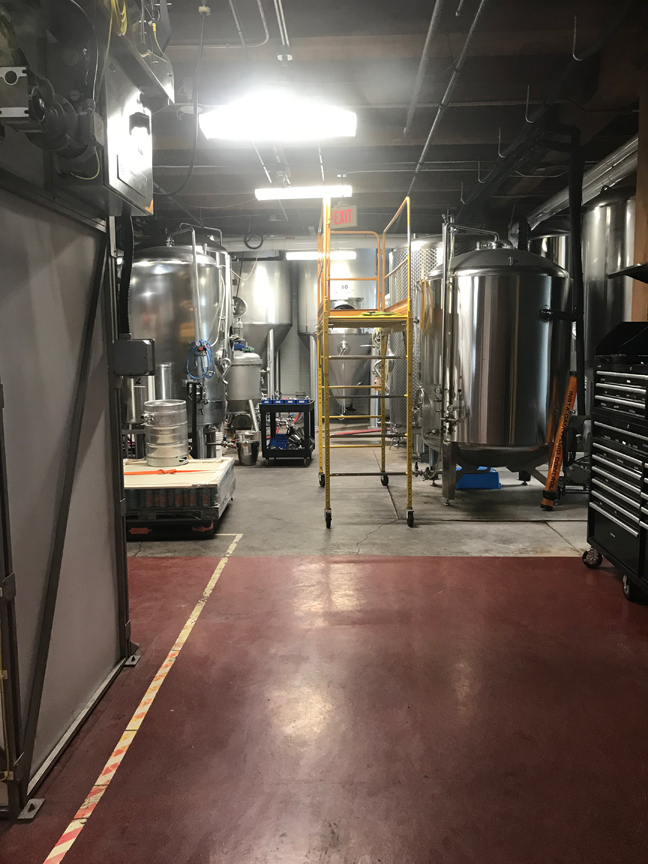 It was a great time checking out these breweries..  But that wasn't the only thing we did-!