You guys know by now that I'm not going to apologize for not knowing everything there is to know about Western NY, right? You might read this post and get all angry that your favorite Northtowns Whiskey Bar isn't the first one I felt like writing about. You might not even read this post at all and just roll through the pics and call it a day, that's probably what I'd do, so carry on, and don't bust my balls about being 'misinformed' thanks.

There are a great number of places downtown to sip whiskey, that is the truth - and the hits keep coming. But that's the problem - it's downtown. What do we know about sipping whiskey downtown? Cops, more traffic, amateurs, etc.. 3 years ago, I moved out of South Buffalo to the Northtowns, Tonawanda/Kenmore area. In doing so, I left behind a couple of my favorite 'not downtown' places to go enjoy sipping whiskey. Then there was the whole 'take some time off from drinking' thing I did in 2018 where I left you guys high and dry for a year. Now I'm back on the sauce and looking for places to find some decent whiskey to sip closer to my neck of the woods!

First ball up: Scotch and Sirloin!

I have been driving by this place for literal decades. Every time I do, I think to myself 'those are two of my favorite things I should get IN there!' Well dreams finally came true a month or so ago, and I got in there (with the help of a groupon - otherwise my wife would have never allowed it). With zero windows looking into this place, there was no telling what was on the inside. But here it was: Woodwork galore. I was transported to someone's luxurious hunting cabin or something. Oh that's nice, they have a bar that's sectioned off from the dining area.

With a popcorn machine! 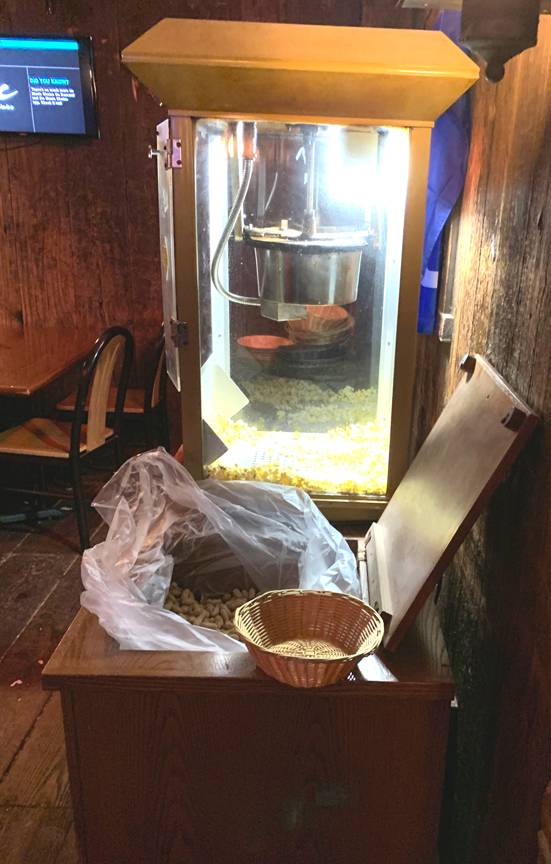 Wow - that retro kitchen setup - like the Brady Bunch kitchen fell in the Ninja Turtle Ooze! 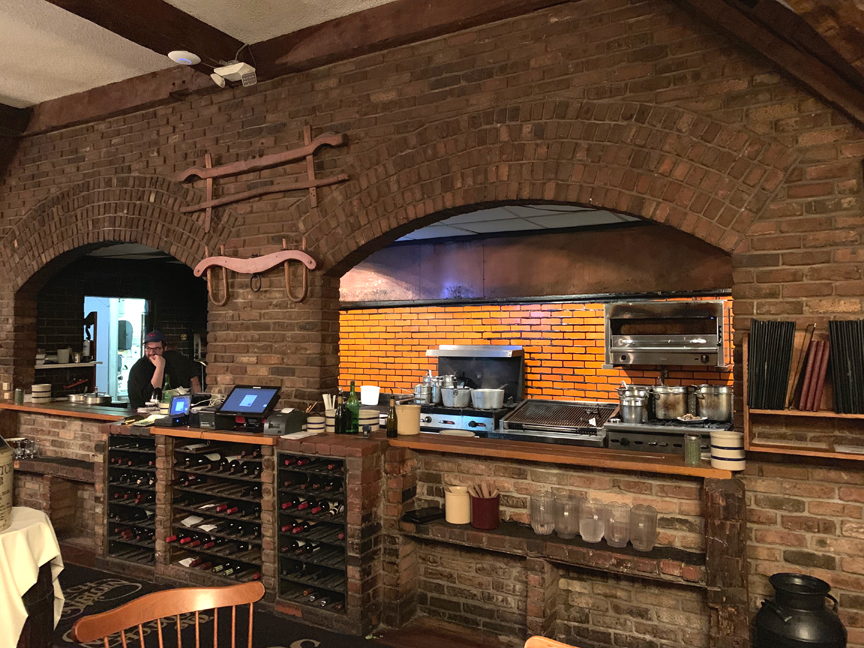 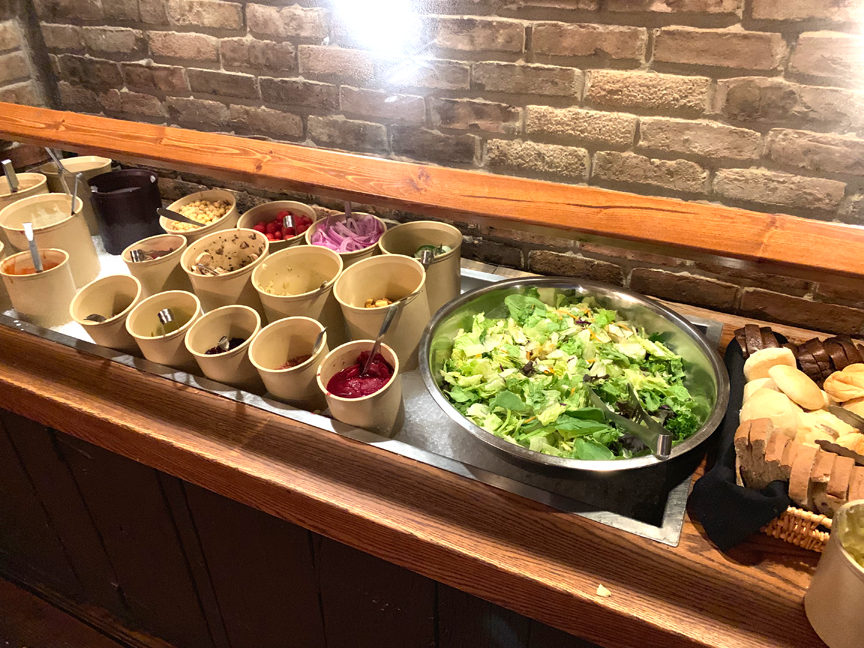 Immediately, I was given the scotch list - now we're talking!  Pretty awesome selection for a place I was told only really catered to geriatrics. (Sorry if someone from S&S is reading this.. that's just what someone said) 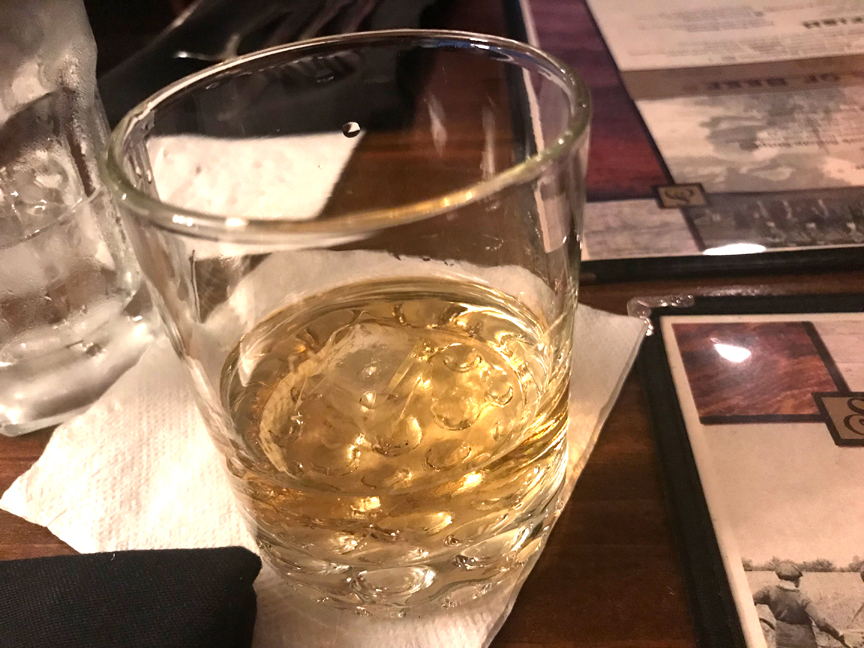 And you know I had to get a giant sirloin steak ! 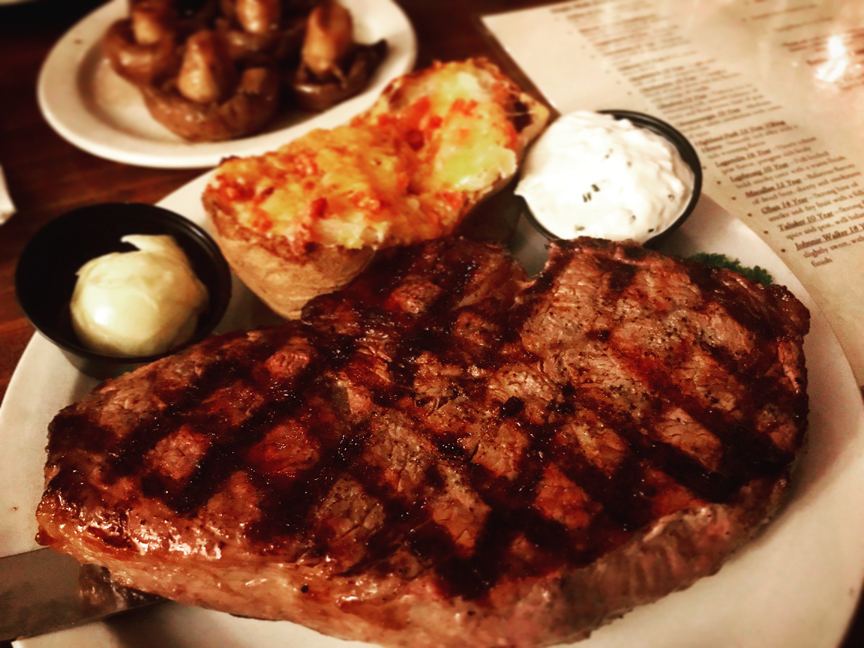 Yes, it appears that they cater to the older crowd, the steak was in dire need of some salt, but it was on the table and I helped myself - and after liberally applying salt, it was a delicious steak! The Mrs got a fliet..  she shared the same 'needs salt' sentiment, but liked it too. 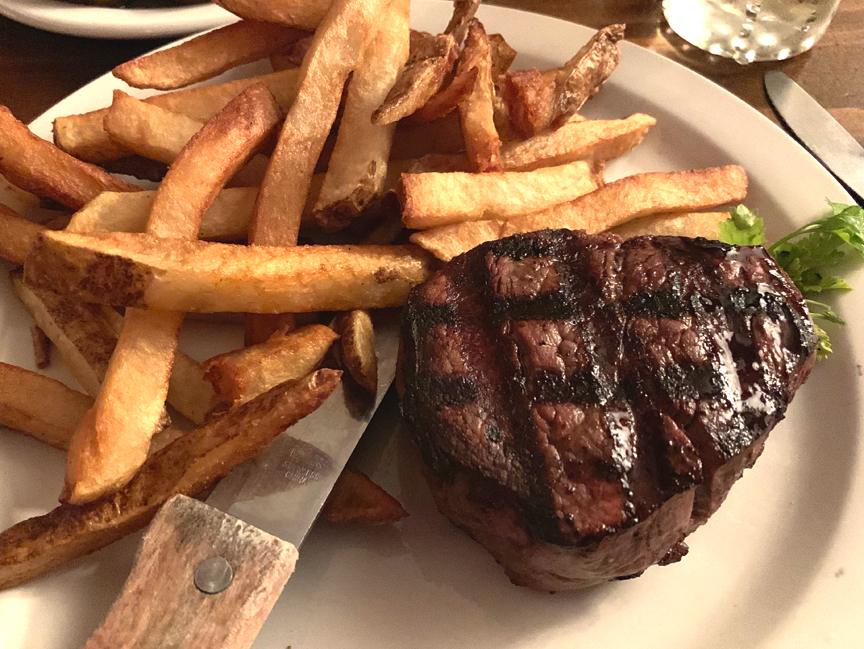 Alright, so maybe you want something a little more updated that caters to a younger crowd, that might have a little more hustle and bustle - is that you? You need everything to be shiny and new and don't want to hang out where a couple grandpas sip $8 pours of delicious scotch?  Here's a spot for you then:

NEAT up near Sheridan and Transit. 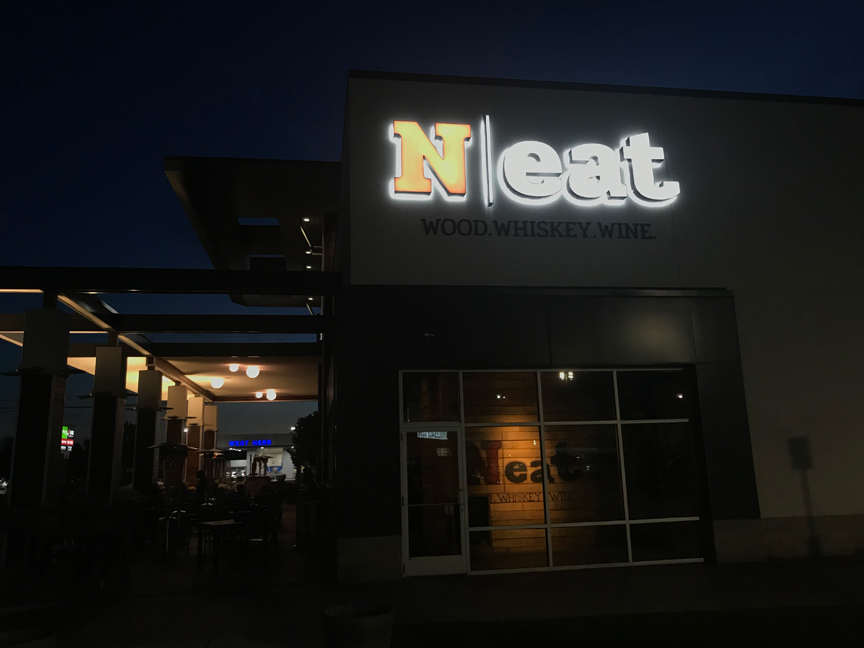 Just look at that patio!  outdoor fireplaces and plenty of heaters.

But what about the Whiskey list? I'm glad you asked! Tons of bourbon!  and a little micro text book on the bottom right in case you wanted to learn a thing or two! 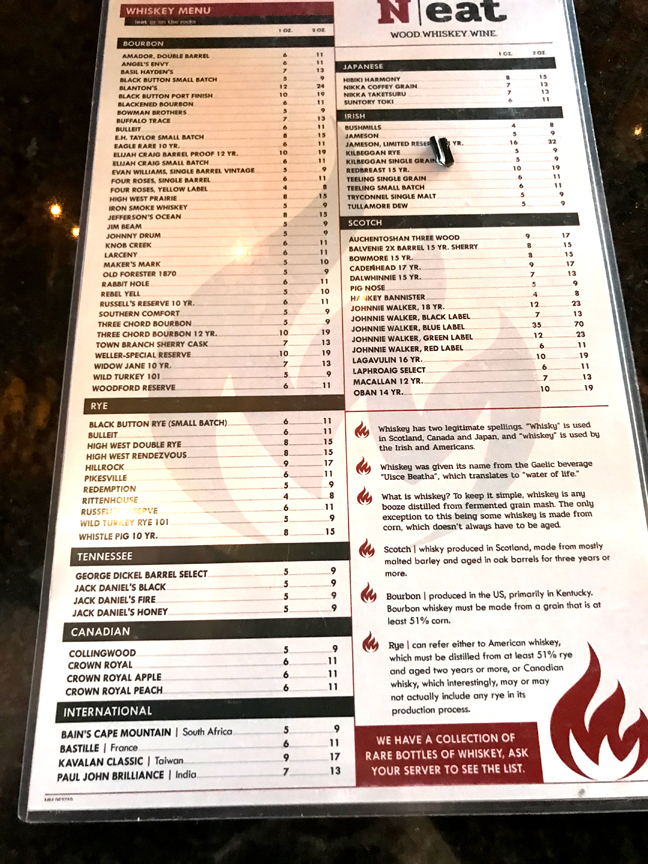 And of course, I'm an idiot for not asking to see the list of rare bottles..   Next time!

So I had some Whistle pig. 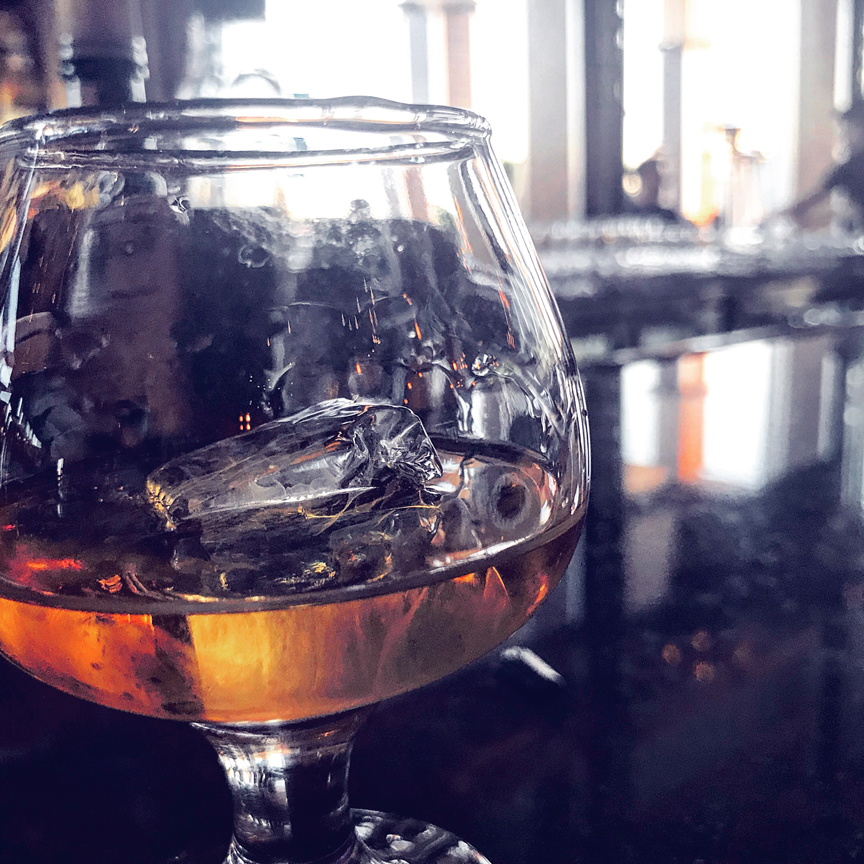 And while I sipped I began to notice the intense decoration of this place! 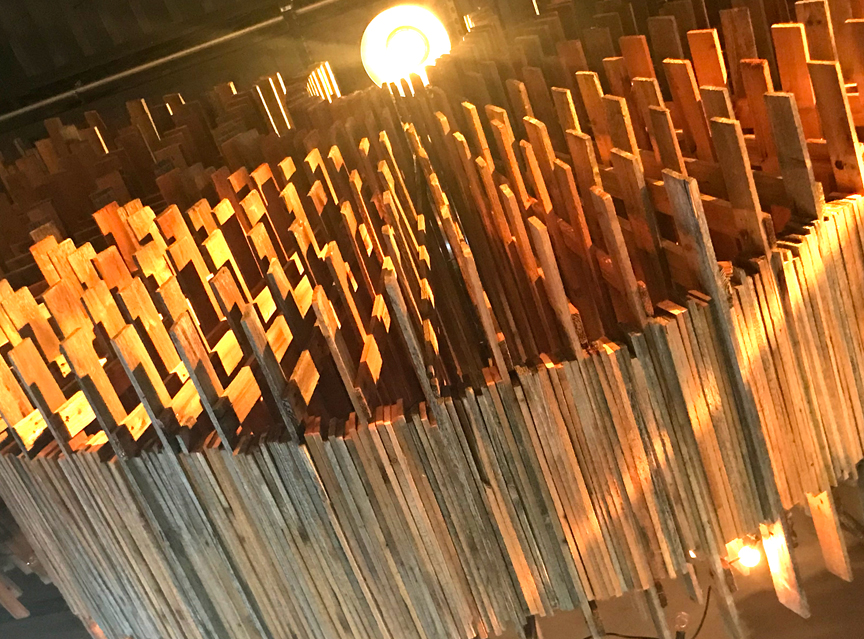 And there was one of those 'cubby' arrangements that rich people get - I don't know what the deal is - like a safety deposit box for liquor so you can make sure your favorite liquor is always available? I have no clue - anyone know? 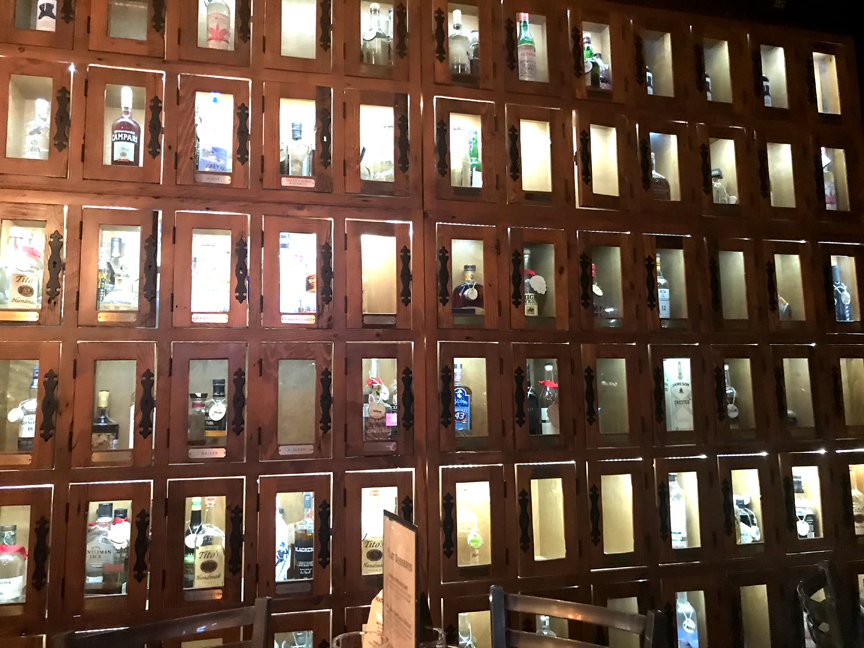 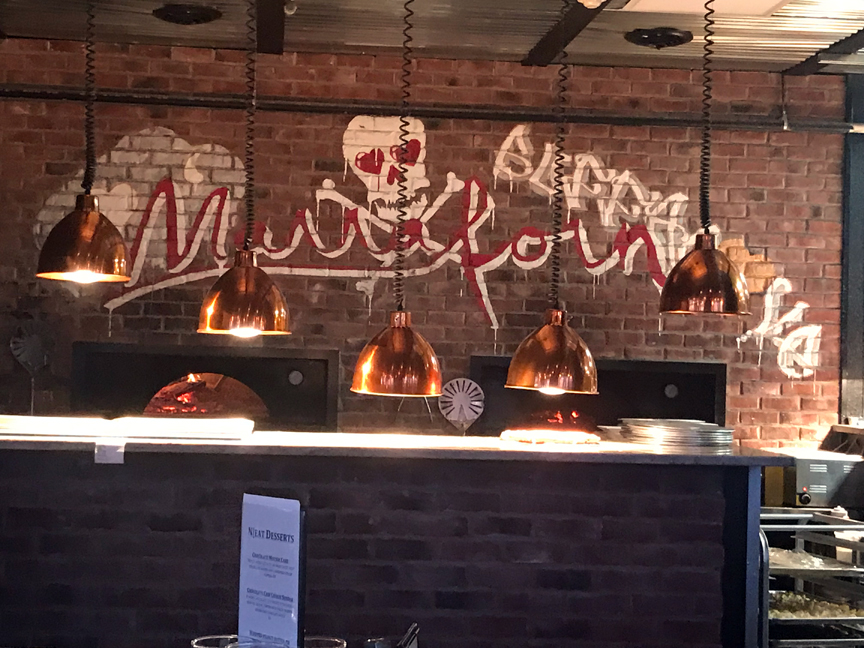 I did not have dinner, but I sipped a couple different whiskeys, enjoyed the ambience, and people watched.

Have a favorite place up north to swill whiskey?  I want to know about it! Hit me up -

I have a couple ideas -  more to come!