A while back, a long time friend of mine invited me to bowl with the WNY Parrot Head Club.  Who are they?  They are a social club designed around the life, philosophy and especially the music..  of Jimmy Buffet. It didn't take long for me to realize that they know how to party, so for the very very minimal fee, my wife and I joined. They have special events pretty often, and a lot of them involve drinking! They were the ones behind the group tasting at Froth Brewing!

So after bowling a couple weeks, I was presented with this opportunity----

I realize that this took place almost 2 months ago, and I'm just deciding to blog about it now, but you know how it goes...

Look at this killer bus! 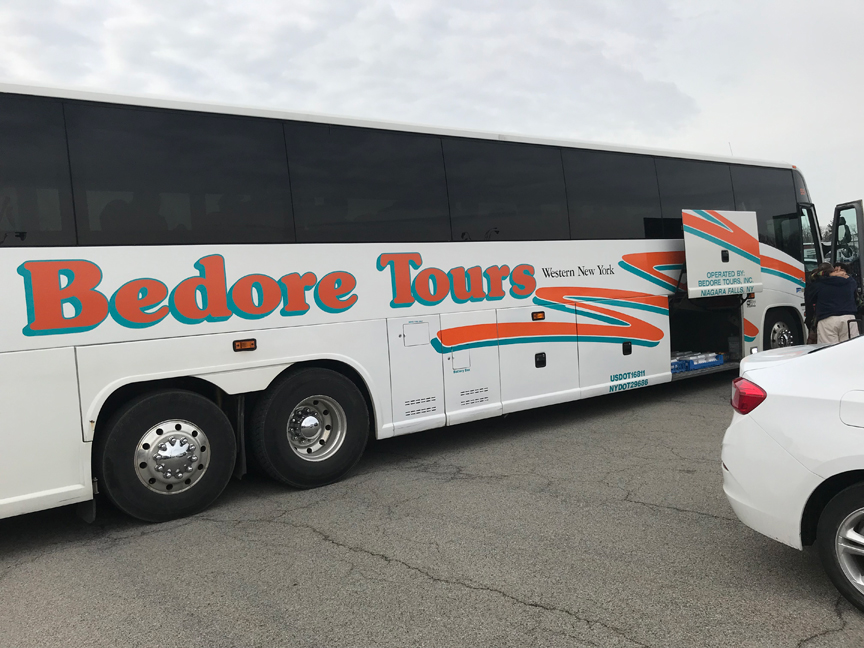 Outlets at every seat! 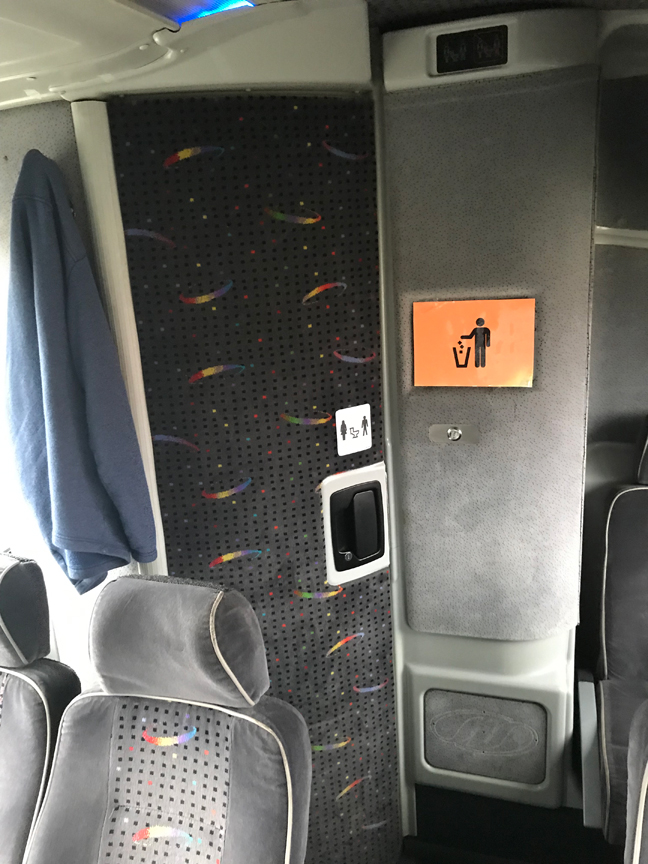 And AWAY we WENT! 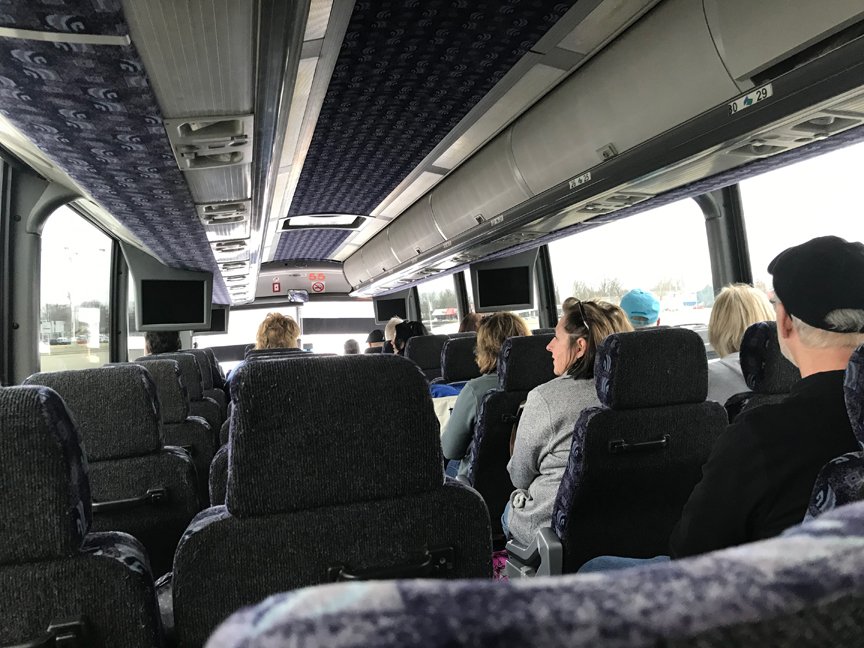 Then it happened - - - about 1 hour into the trip - the oil line exploded and our bus broke down. 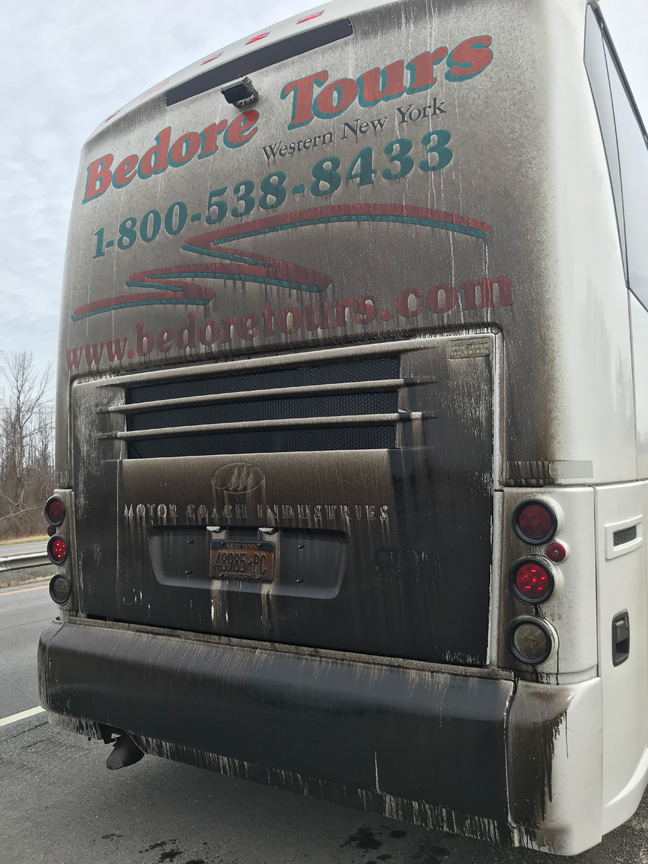 Now before you look at the company and say 'oh my god, I'm never going to use them - broken bus!'  understand that this shit happens..  no one got hurt, and the company added some hours to our trip which ended up being pretty awesome - and we got to party like rock stars on the side of the 90! good thing I brought supplies!

It's awesome standing by the thruway, and having 80 mile an hour vehicles screaming by while you're just chillin waiting for another bus to show up.

We got a great group shot too!

And by the time the next bus showed up, we had a really good buz going!

And before we knew it, we were at the first brewery-! Abandoned Brewing 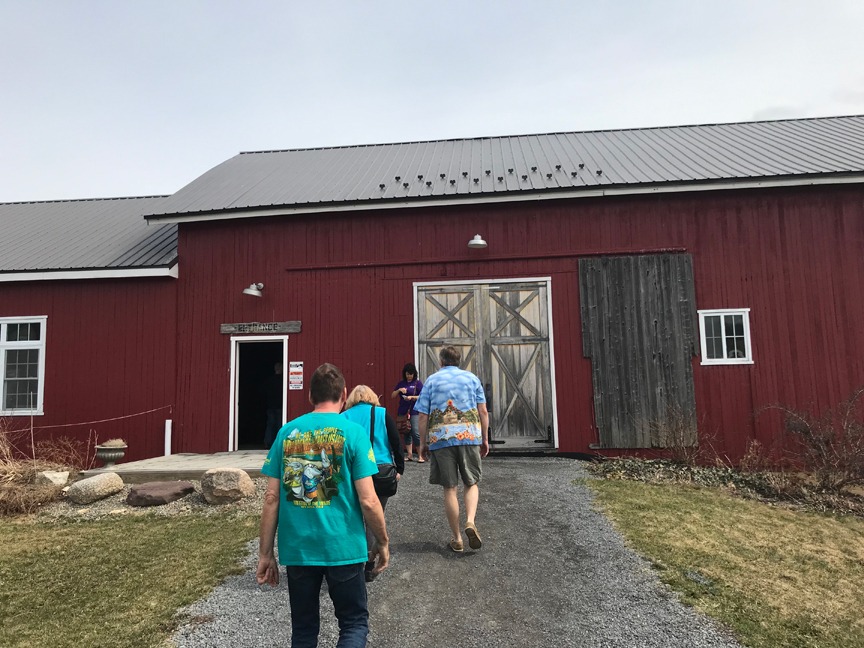 Beers were good, the view was better! 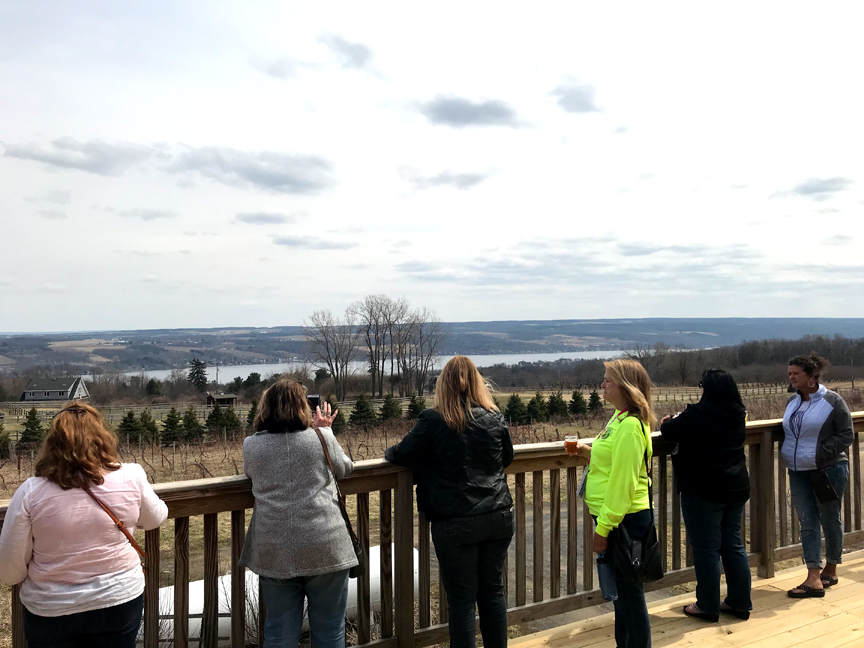 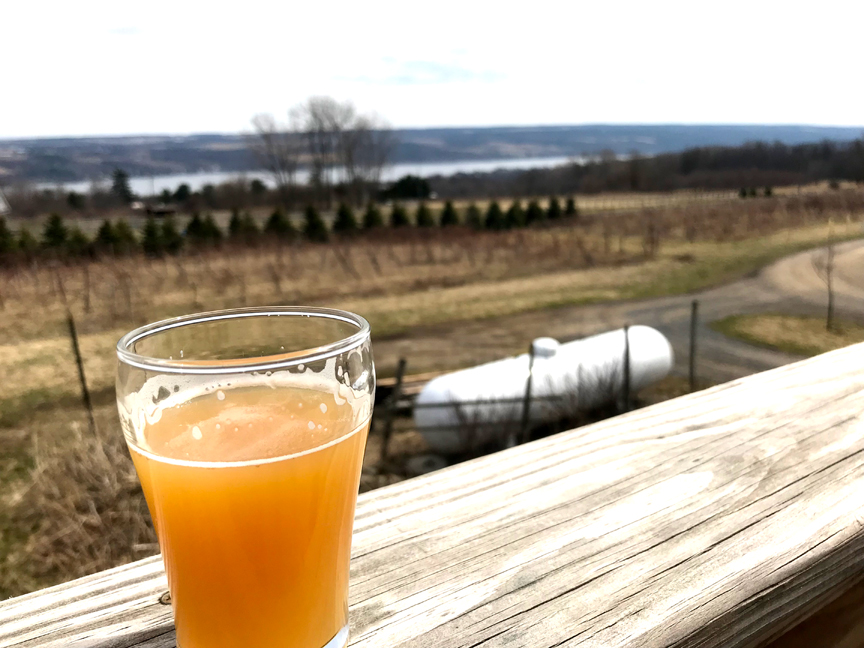 The back patio was great, the weather was nice even though it was a little overcast, it was a nice day.

Inside the barn was the tap room, they had a stage for music, it was a pretty cool spot. 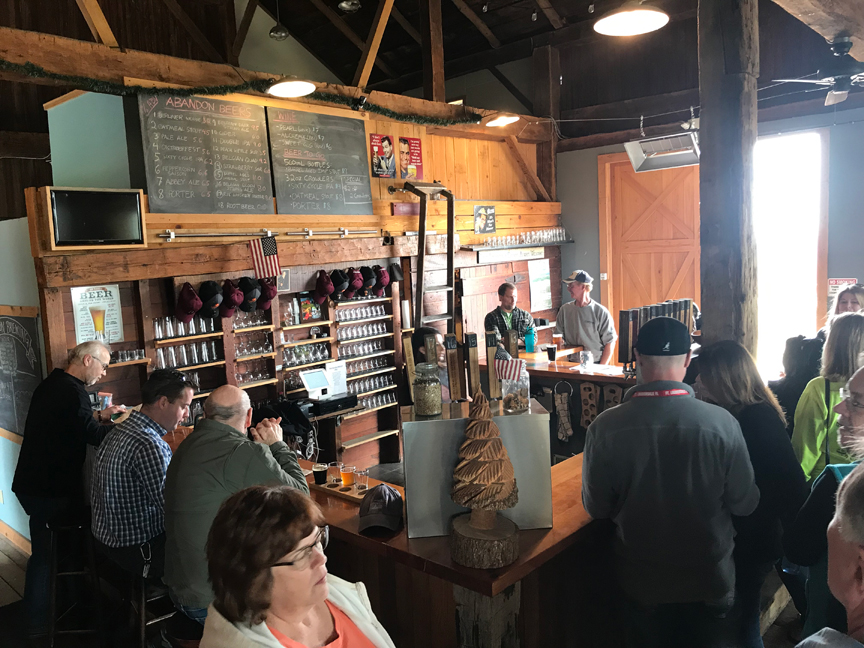 Even though the walls looked to have holes in them, they were closed in with plexi, and it added to the rustic feel of the place. 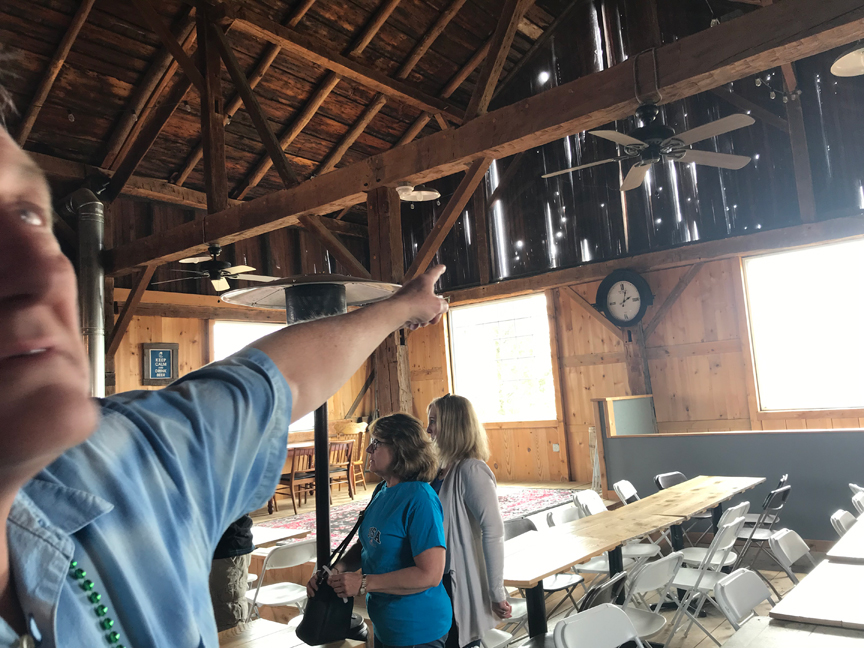 On to the NEXT!  but first, a decent lunch provided by Mr & Mrs Catering! 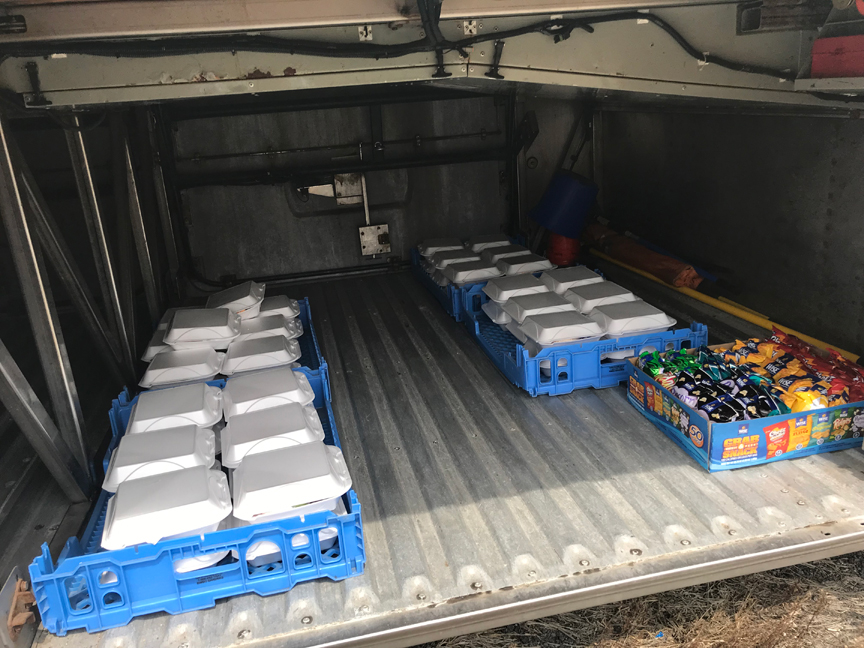 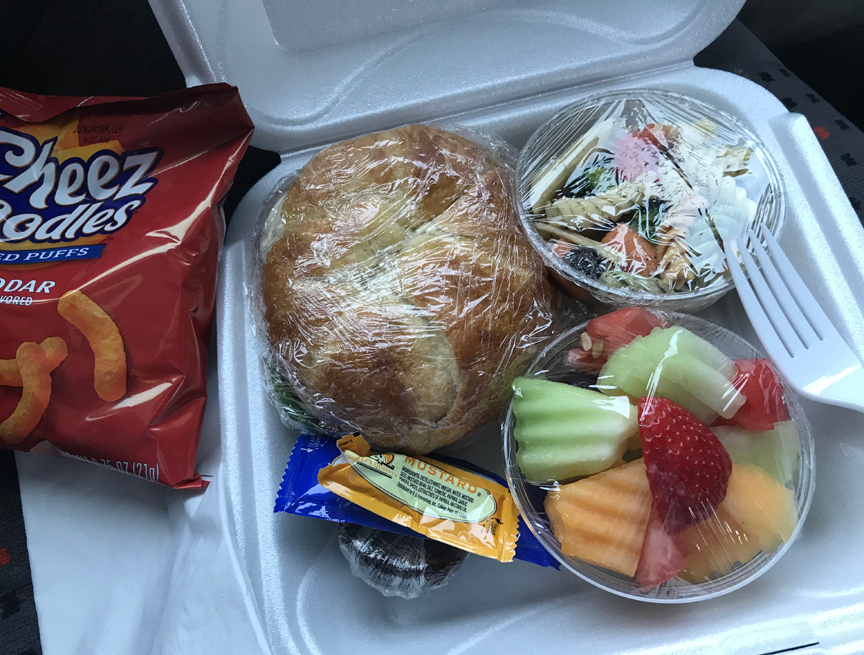 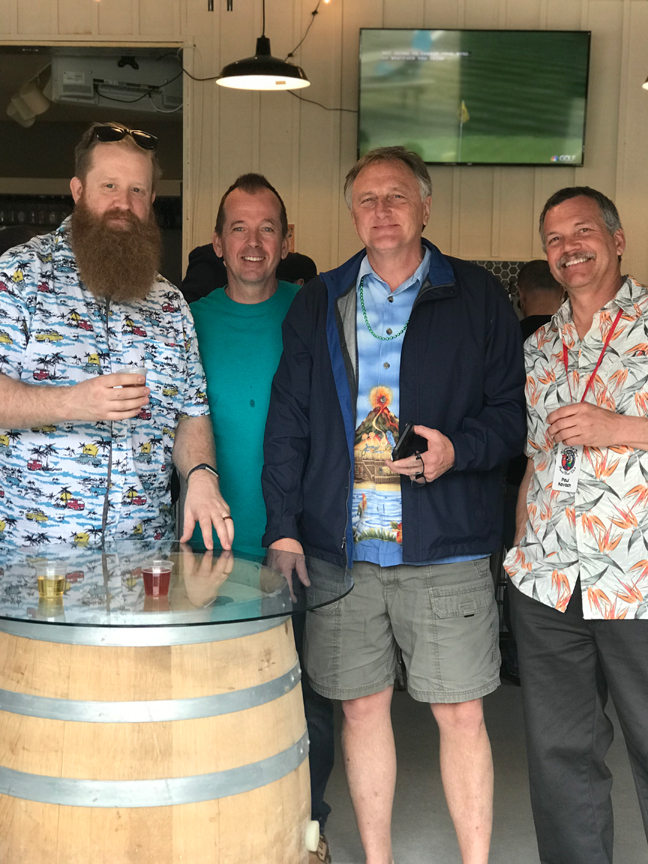 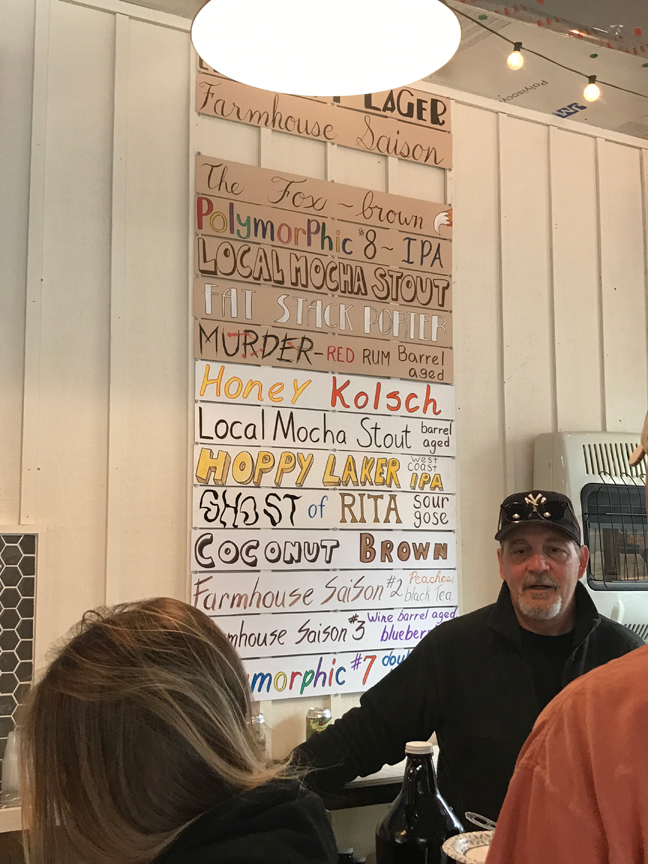 Look at these options. 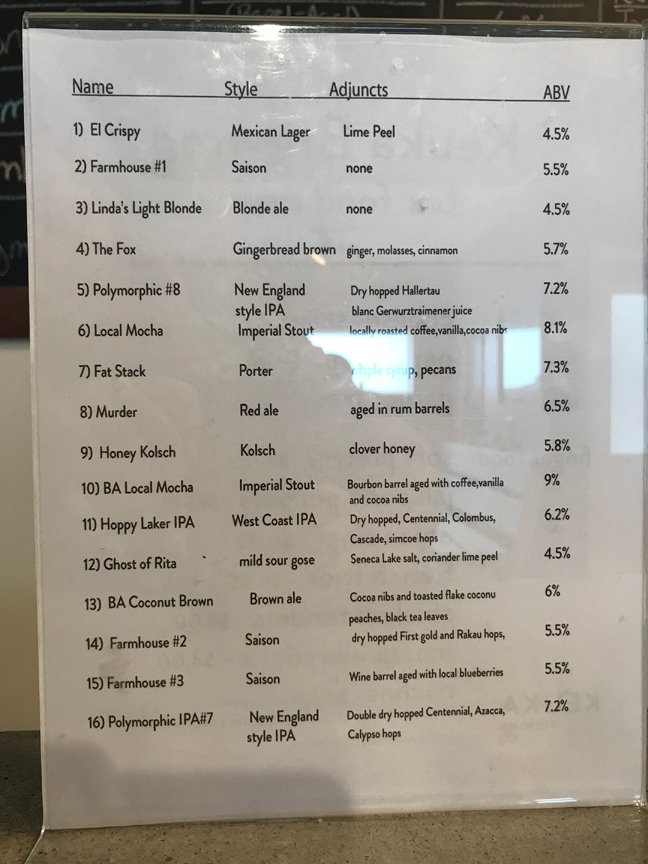 Then it was on to the next -  and I'm going to admit, at this point I was getting tipsy, and probably ticking off a few of the older bus riders with my antics..  sorry about that guys!

This place had a lot of wild and crazy options - some good stuff!

I liked all the growlers hanging up -! 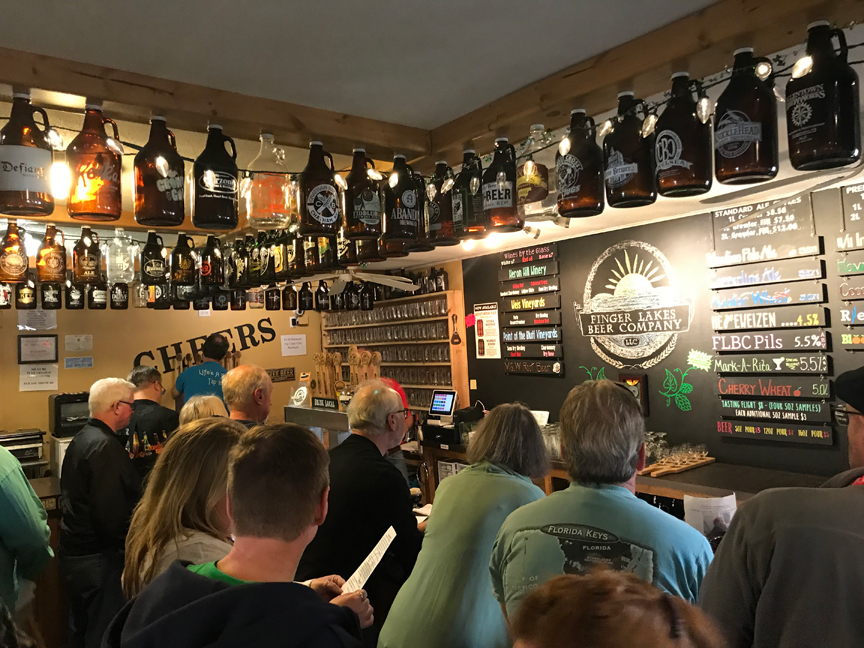 And the free popcorn! 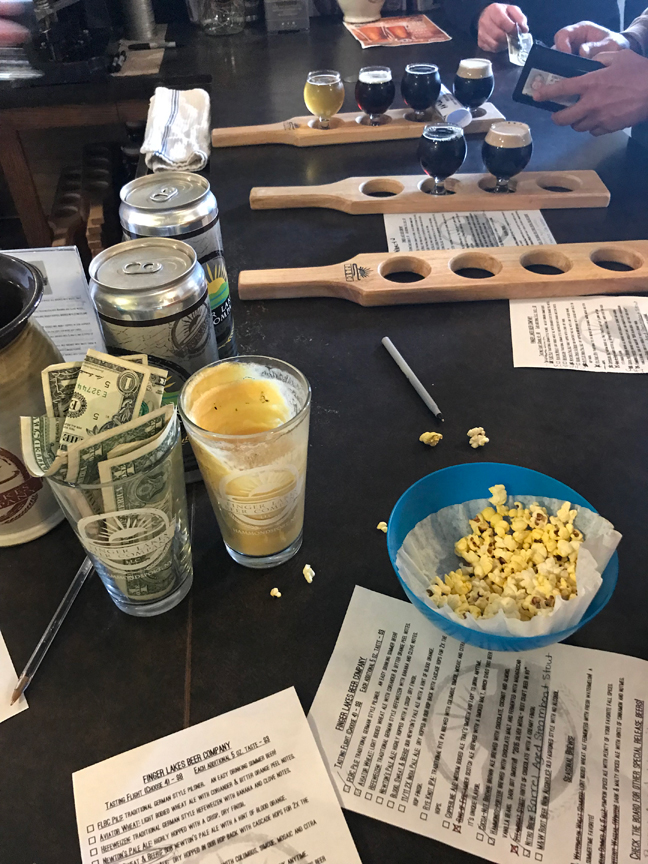 I made my choices for the flight that was part of the trip. 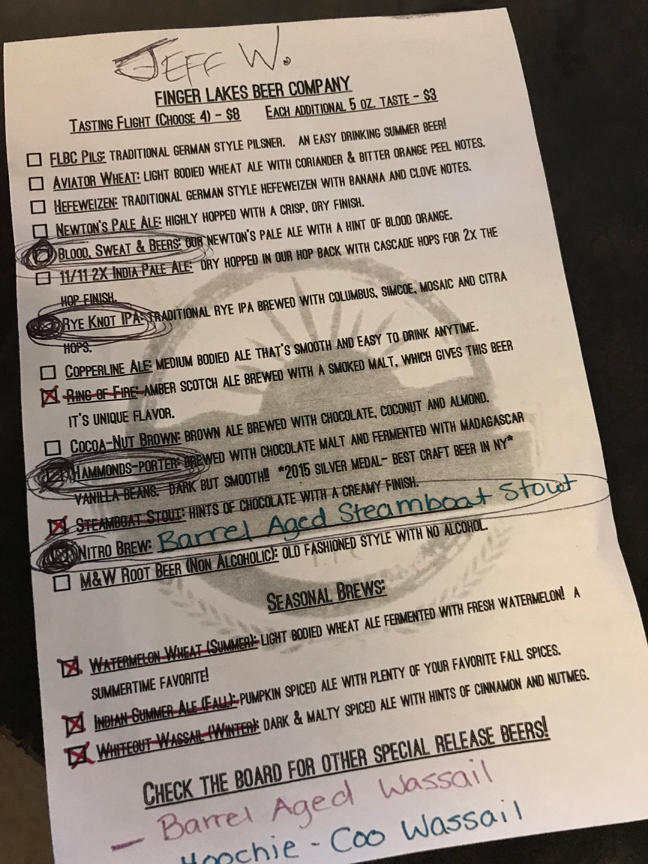 then with the extra time, had a couple more pints, and took one for the road.

There were a lot more pictures taken, and a lot to talk about, but it's amazing that these breweries were all able to be visited with one tank of gas. I really need to start keeping better track of the breweries that are close by. This was an amazing trip, and I tried beer from places I hadn't even heard of before. Sometimes you gotta risk it for the biscuit, and this biscuit was delicious.