Well... I went against my better judgement and decided What the Heck - Let's see what the new Resurgence is looking like!

Well for starters, the area around it was very much so under construction, and the BBQ and Blues Bash was in full swing across the 'River' from Riverworks! This required us to do a little fancy footwork to get to the parking lot, but we eventually found it - in what's being called "The Former E. & B. Holmes Machinery Company Building". The 'FEBHMC Building' is yet another tattered, old brick building in Buffalo that some people dumped a ton of money into to turn it into a functioning business park. I apologize for not being well-informed as to the 'who and how' on this development. If you've read any of my blogs, you'll know that I have already went above and beyond, getting you the name that they're using for this building. So after walking around the outside of the giant indoor rock climbing gym (silently shaming us by existing for searching for beer) and following signs we finally found a way in! This outdoor seating area had fireplaces, so that's cool I suppose, even though it's sandwiched in between 2 massive corrugated metal walls that almost touch the sky. But up and around to the left, I walked into their massive new tasting room - stunning! This place is massive! And CLEAN! I was worried about having to fight for a beer, but I was very pleased that it wasn't the case!

A little sad to only see 7 options on tap, but after chatting with some folks, we found out that none of the beer being served had been brewed on the premise, the first batches were still in fermentation. Speaking of fermentation and the reason that I didn't get any other pictures, I found myself drawn to the brewhouse.

Holy crap guys! 60bbl fermentors and a 30bbl brewhouse that you almost should have fall protection on to operate! 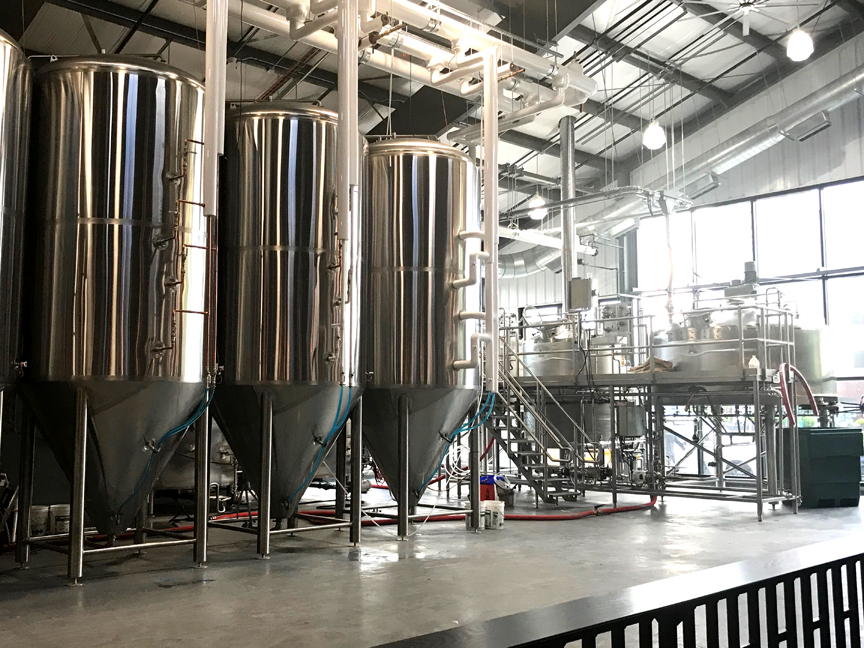 It's absolutely huge! And stunning! I couldn't stop taking pics! With the light coming in the massive window wall - who could stop taking pics? I forgot to take pictures of the kitchen, the menu, the beer options, MY beer- I was just blown away! 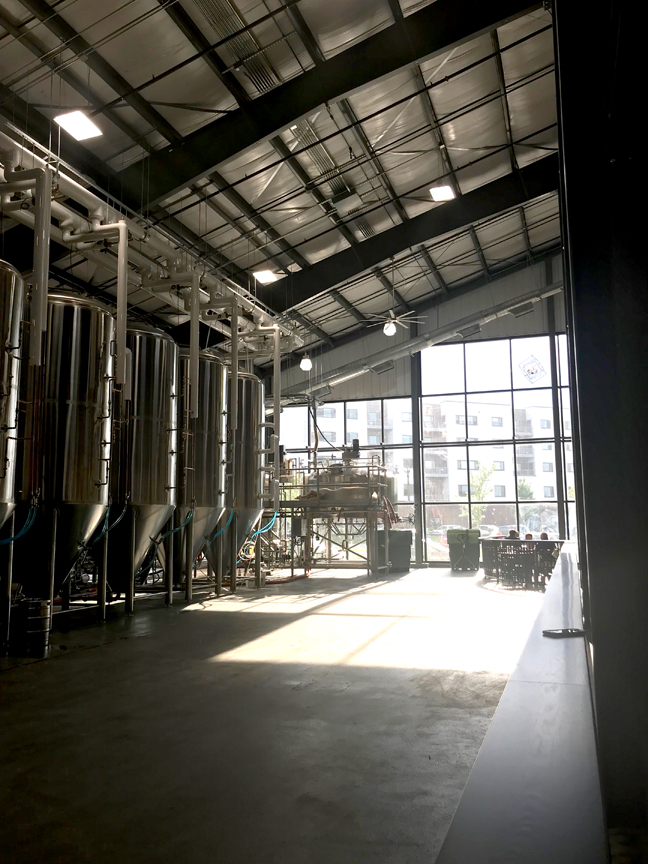 What a gorgeous operation. 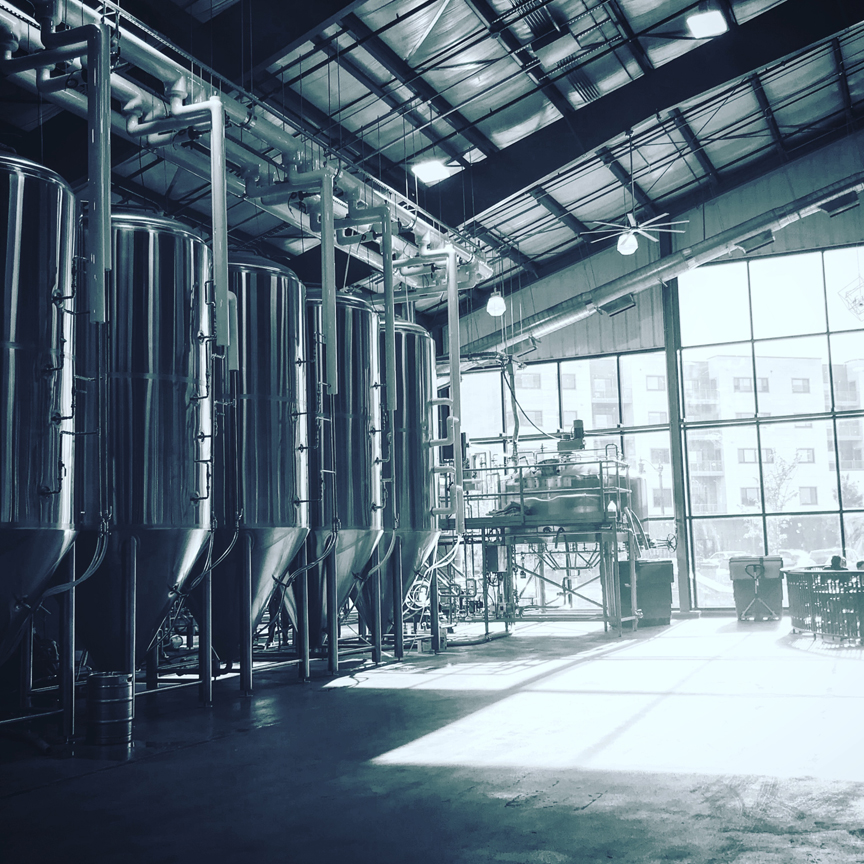 And speaking of operation - this device is an absolute indicator that Resurgence plans to do some serious canning and distribution! 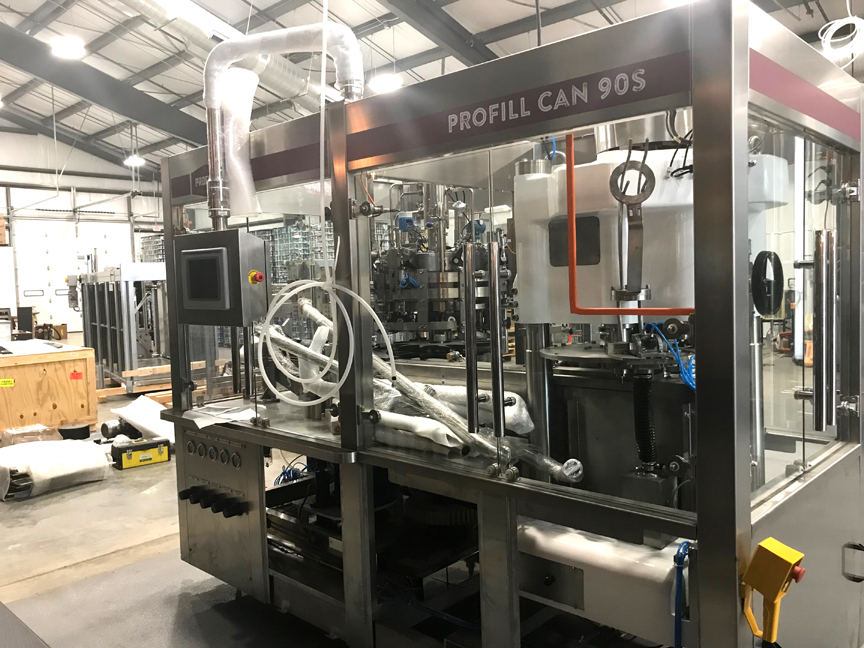 Resurgence is a household name in Western NY and other parts of NY I'm sure, but after seeing this operation and the room they have given themselves to grow - there is no doubt in my mind that they will be very well known in NY and much of the North East in a very short time. The consistency of their product and the inventiveness of their recipes has gotten better and more exciting over the past couple years - some say that has to do with a change in the brewmaster. Kind of a bummer to hear that considering that a guy I partied with in college was the head brewmaster when they first came to be. I hope he's doing ok, and I also hope that the investors and other folks behind Resurgence hold him in high regard, regardless of how things ended.

I am really excited to visit this new space again, but see the OG resurgence still being a hot spot for years to come because of its proximity to Buff State and Elmwood village. Plus, I'll definitely be there again this year to kill it in the pumpkin carving contest again - you know I'm comin for that number one spot!