National Waffle Iron Day is this Saturday, so as tribute, I'm going to talk about a purchase I made this year! Initially, I wasn't sure it was a good purchase, because it was definitely an impulse buy at a time when I was trying to save some money. It was a Bubble Waffle Iron from Pampered Chef. Now, I'm not getting paid to talk about this product, but I will say that I love this device! 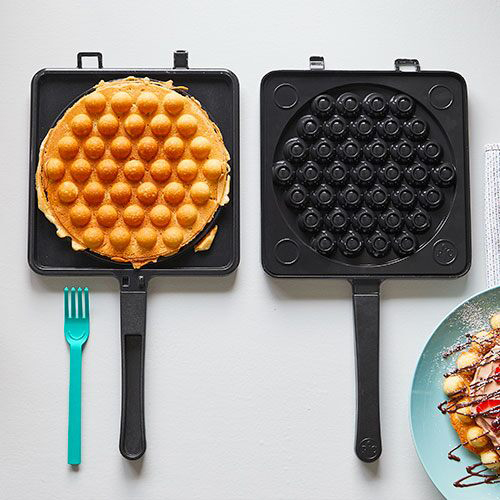 When I first opened the box and held it, it felt awkward and clumsy, It hooked together at the top, and I thought that I really made a mistake and that it wasn't going to be easy to use. I thought for a few that this thing would only work over a camp fire and that it was just going to to sit in my cupboard with other lame kitchen products I've bought.  Then I made a waffle with it. Golden brown goodness! How did it taste? Just like a normal waffle - but it was the texture that blew my mind! The bubble portions were pillowy soft kind of like a normal waffle, but the areas in between them? Holy crap - they were like little cookies! I couldn't believe it! Went with some sliced strawberries, and some TJ's Ghost pepper infused syrup (and butter) ! 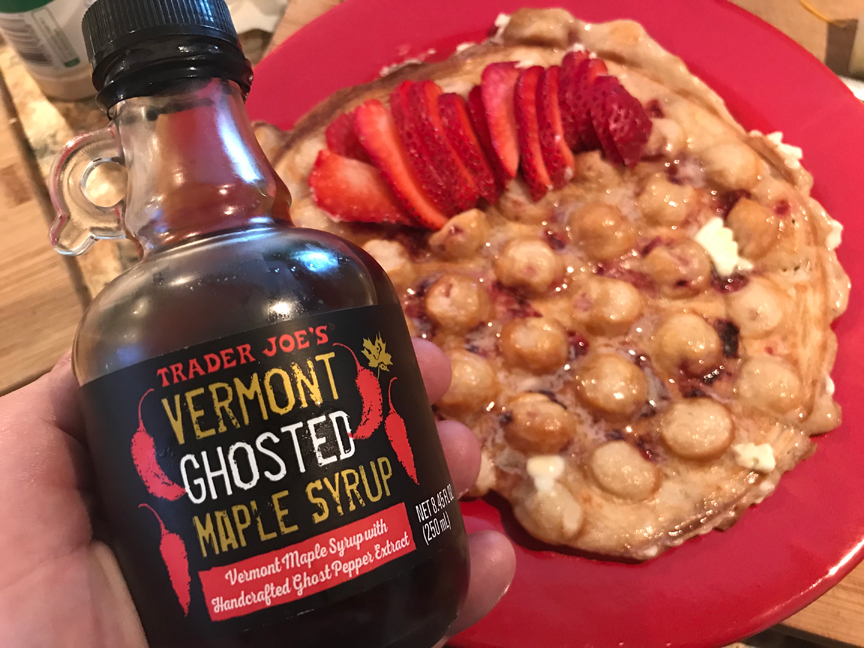 But you know me - there's gotta be more than just basic bitch waffles that this thing can make. But before I really got into it, I figured I'd give it another good test: Chicken & Waffles! You can barely see it under there, but it's there! 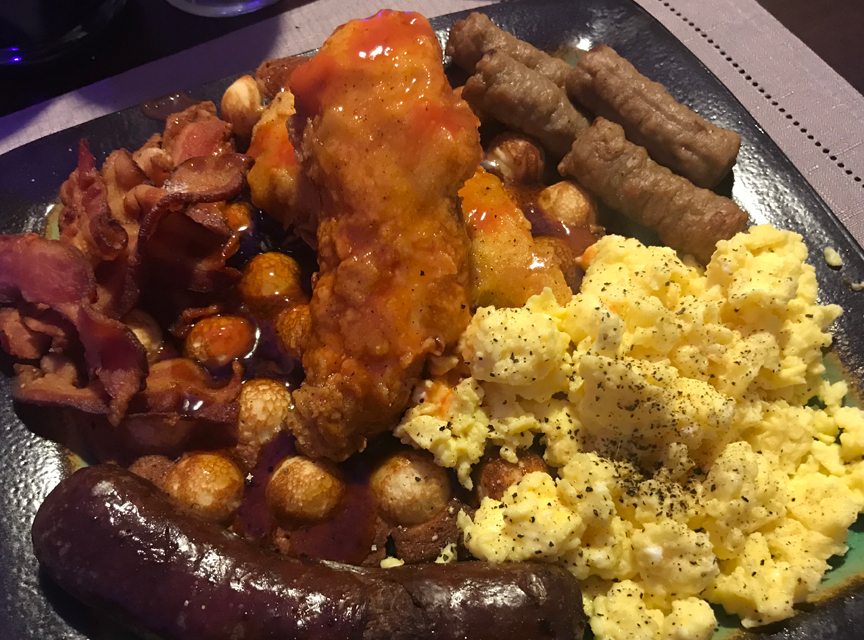 Then there was a zucchini waffle tucked into the mix - it was pretty good too, but I failed to get any pictures.

THEN I really started thinking out of the box - Okonomiyaki bubble waffle - that's right - The cabbage treat really came out awesome! It was about this time that I really began to get the hang of it and realize that the non-stick quality to this device was unbelievable. I was flipping it without the handle separating or getting drips out the sides. 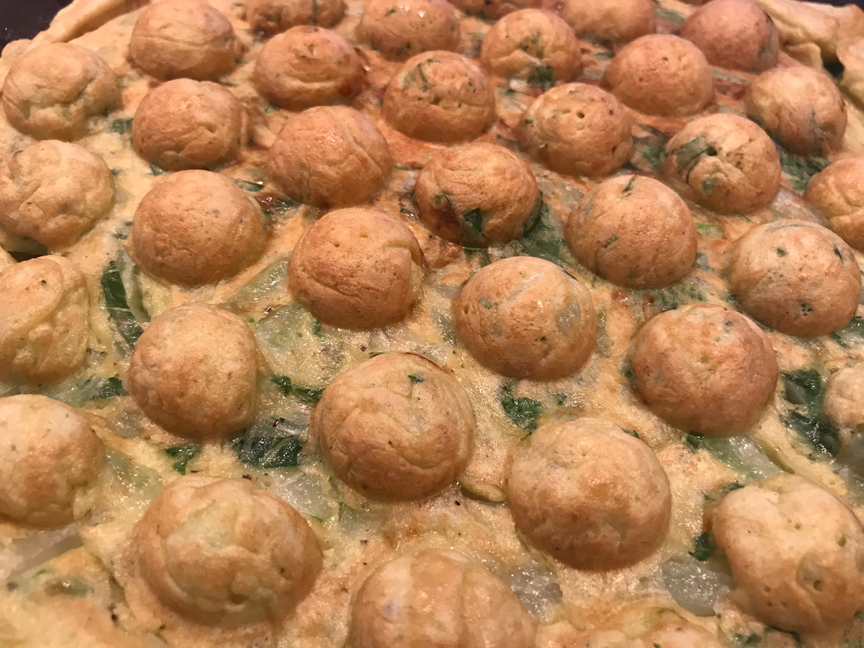 If I had benito flakes, this would have been epic! 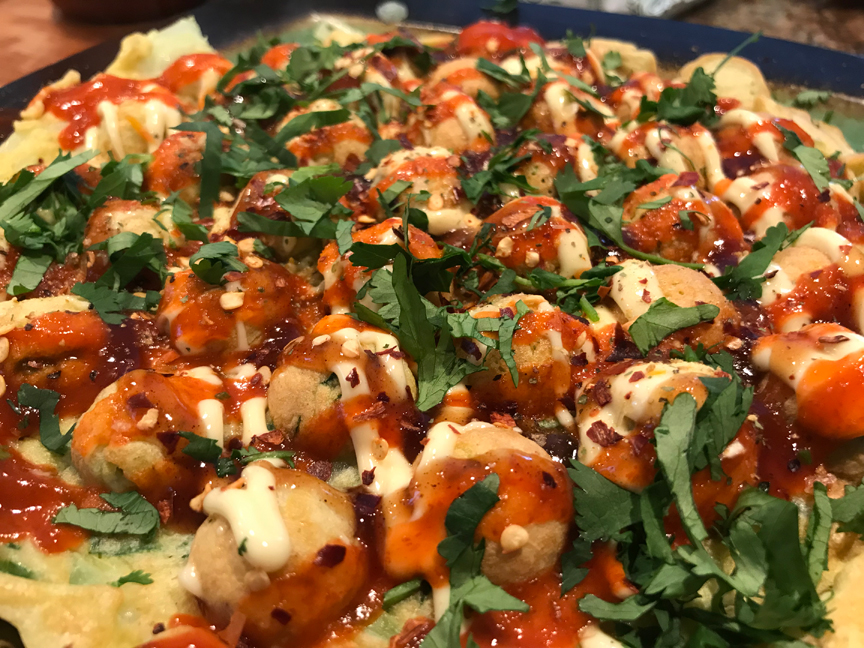 After that, I thought 'How can I level this up?  I had Ideas, but I figured something pretty flipping awesome... 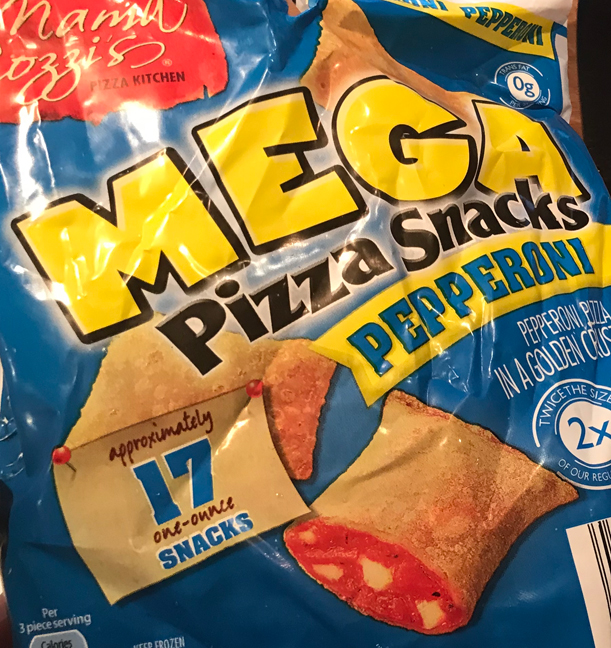 I dropped a layer down and made sure they were overlapping. I dropped the top and gave it a flip. 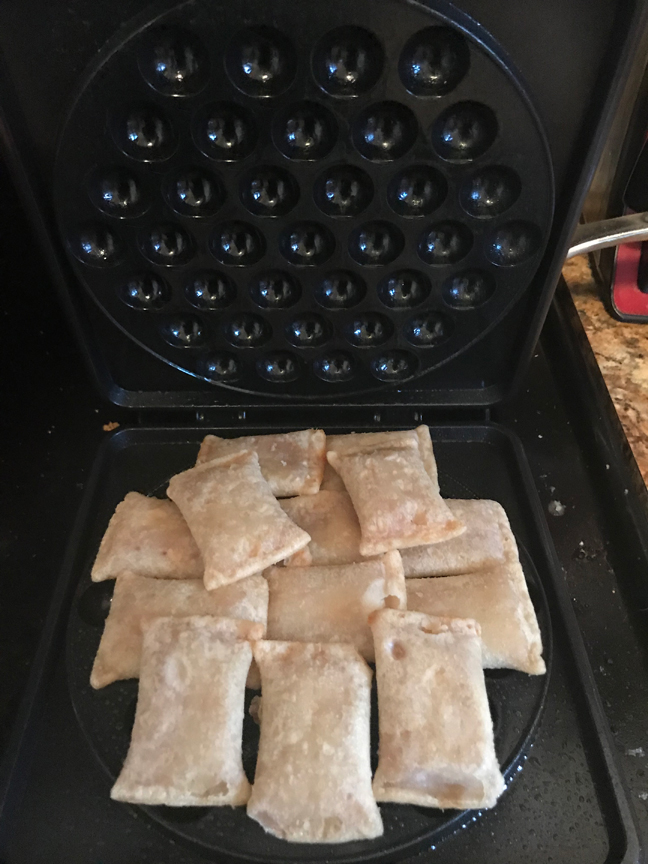 After a little bit, I gave things a lift to check it out - It was Bubble waffling! 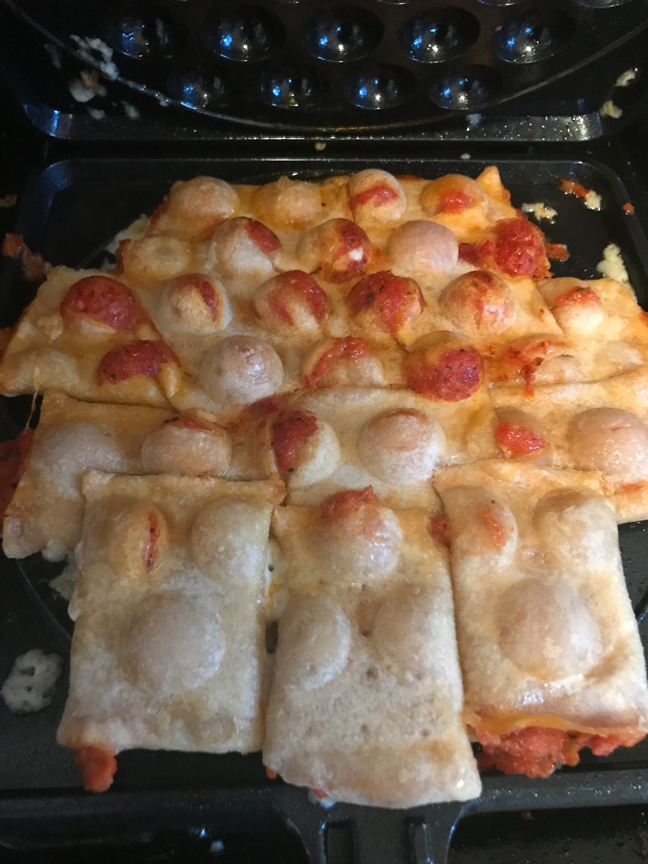 I was concerned though that maybe the pieces would fall apart, so I decided to add a layer of cheese to serve as a 'binder' -  I did it on both sides. 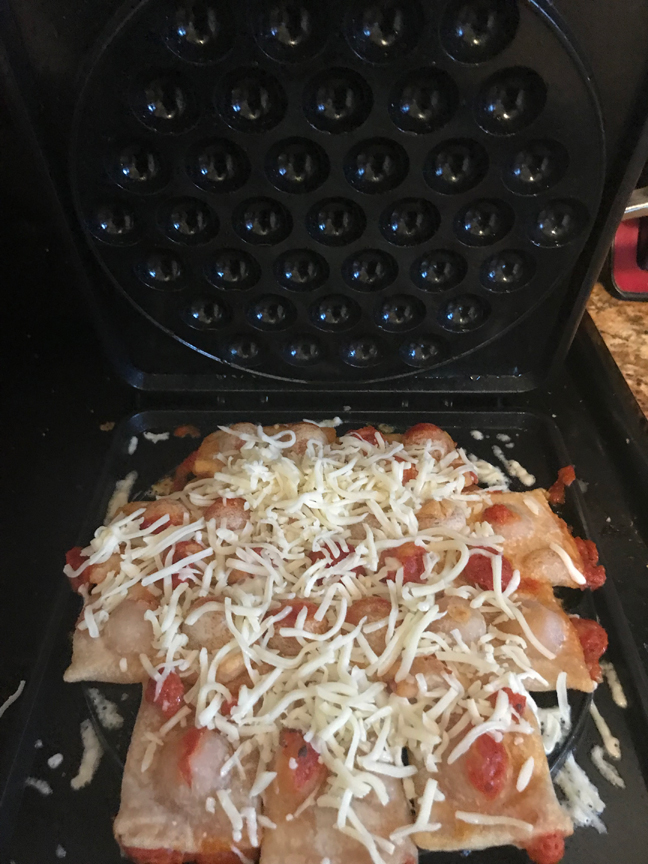 A small part of me was a little nervous about the cheese sticking, but I figured this would be the most epic test of the non-stick quality that I could put it through - and sure enough! No stickage and the cheese welded everything together just like I wanted!

I had a cup of blue cheese left over from a night of wings too! 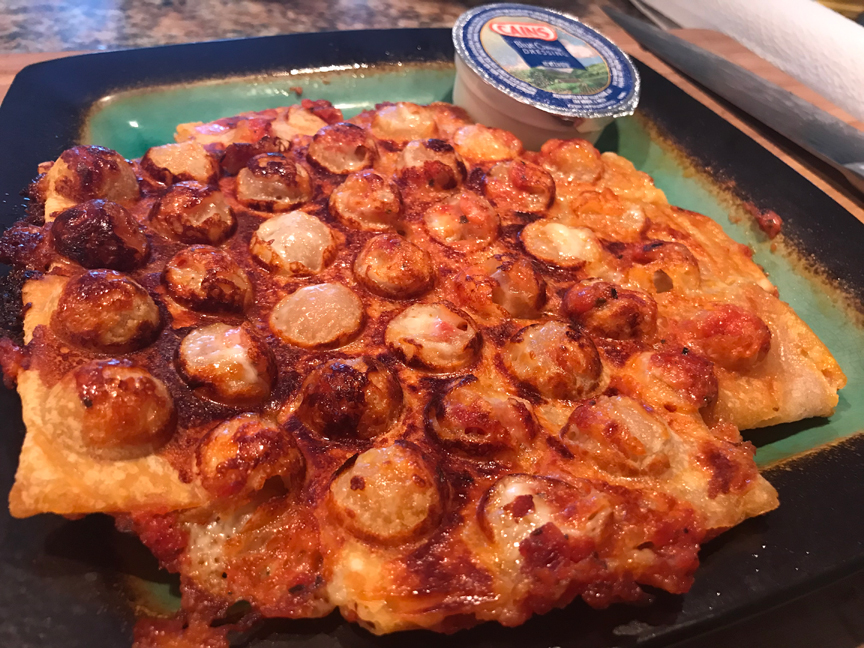 This was basically a pizza roll bubble waffle! It was GREAT!

This will not be the last crazy thing I do with this device!