I'm surprised I haven't done a post about this place yet!

I've been there 3 times (I think!) and they are brewing some very interesting beer!  Yesterday, I managed to get in on a group tasting event and general chat session with Jesse McLaughlin, the head brewmastermind behind the delightful selections coming out of Froth. Beers Like 'Mounds Bar' 'Tangerine Sunset' 'Lemon Raspberry Sorbet' and 'Cinnamon French Toasted' - All seriously flavored beers that are completely out of the box of what you consider normal beers!

We got to stand on the other side of the rail and pick his brain and chat amongst ourselves as we tried 4 of the delicious offerings.  And there was plenty to go around! If you notice in the above picture, the little tank in the corner with the door open kind of in the center of the tanks - that is a purely 'souring' kettle - which means they only use that vessel to make sour beers. Pitching 'Bugs' as Jesse called them into a brew system can be very risky if you plan on using it to make normal beers after the fact. Brewing beer is a very sterile procedure, and all it takes is one bad organism to infect an entire batch of beer. Froth apparently is the only Buffalo brewery with a vessel dedicated to only sours.  - And their sours are amazing. 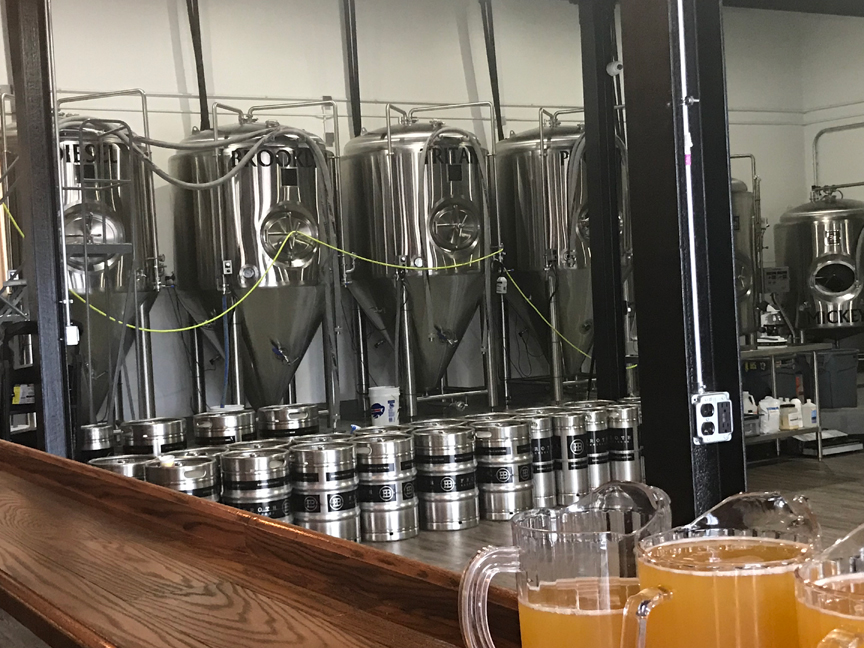 It's always nice to get up close and personal with a brew setup. All of Froth's gear comes from SS Brewtech - who advertisements are constantly showing up in my feeds. Their systems are amazingly well manufactured and sleek as heck . 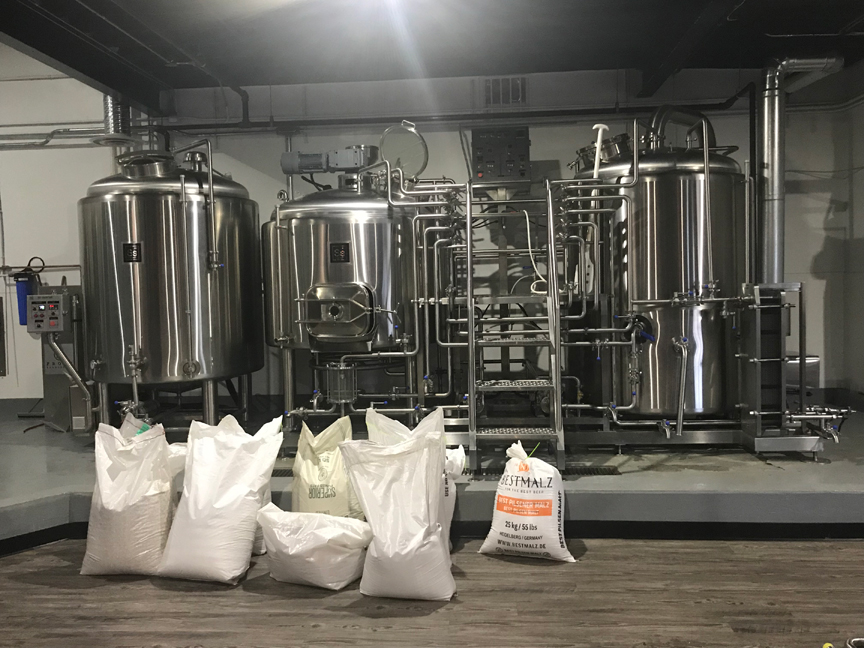 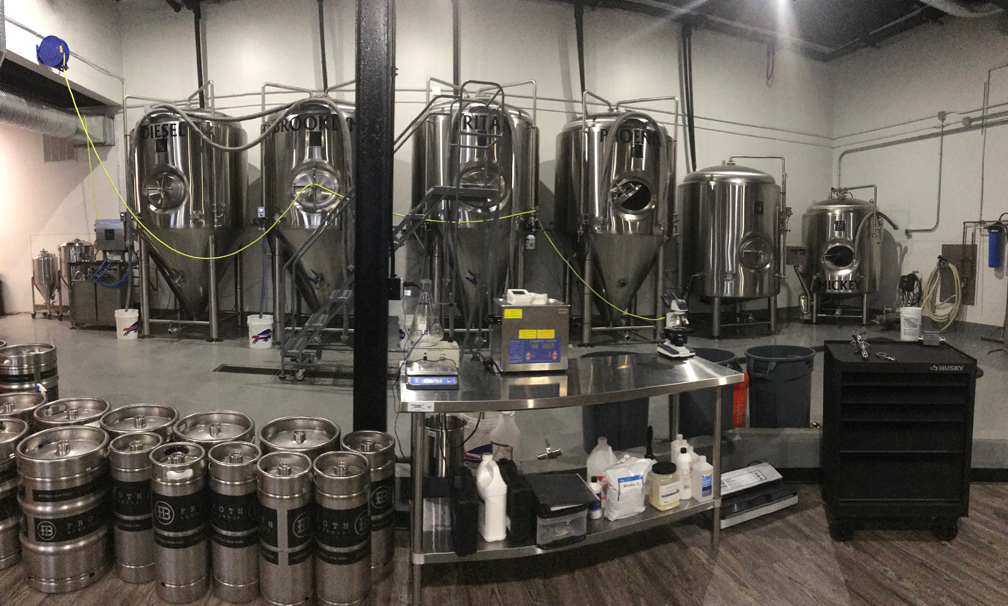 They even had the brew system that Jesse had been brewing on for years before going bigtime. 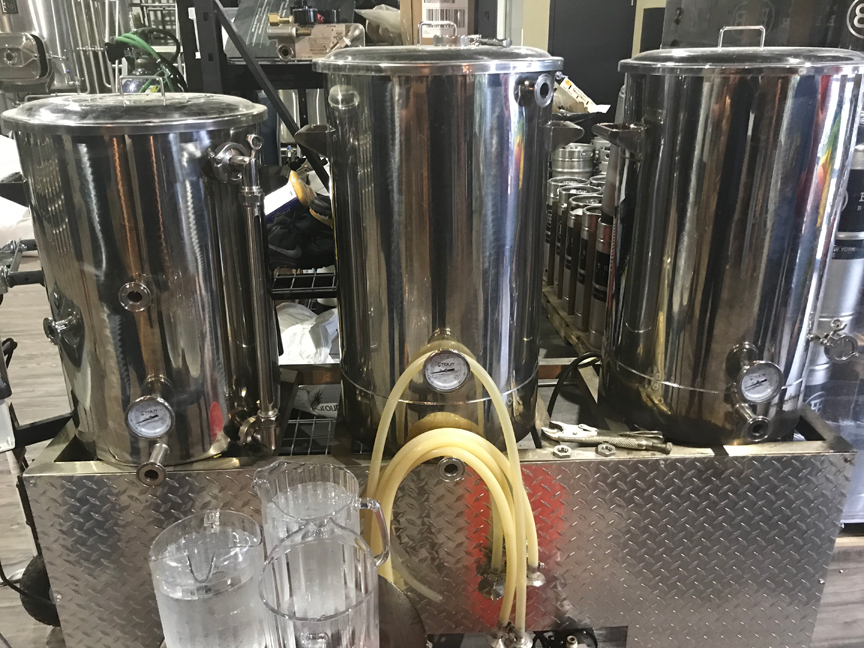 After tasting, we chilled out for a little longer..  I would put their beer up against Artisanal out of Saratoga Springs, in regard to having big beers with unique flavors that stretch the boundary of 'what is beer'  Their Cinnamon French Toasted beer is a 10+% porter that tastes just like the damn cereal. 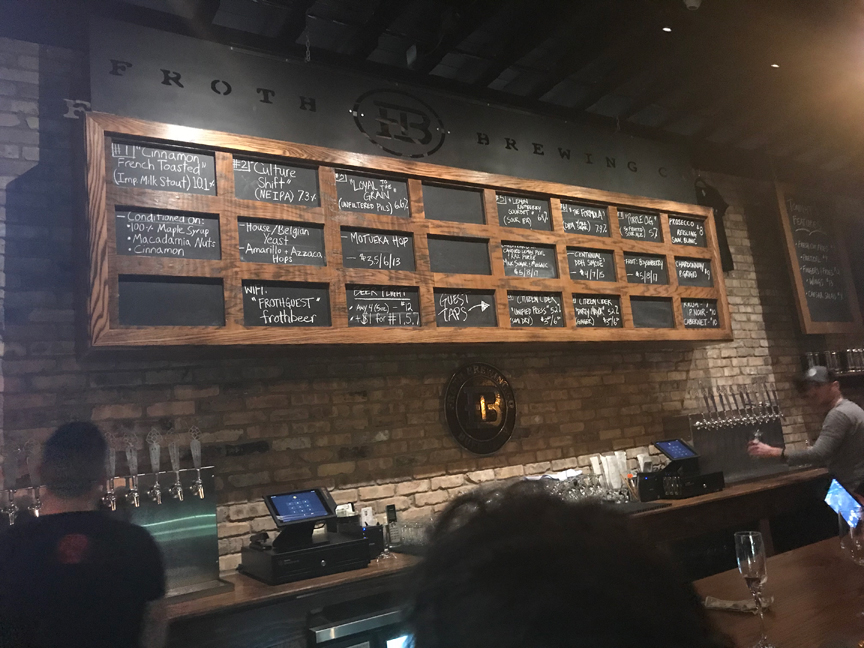 I took some pictures a previous time that I went - when the sun goes down and the taproom isn't filled up with natural light, they kick on the blue lights and crank up the tunes. 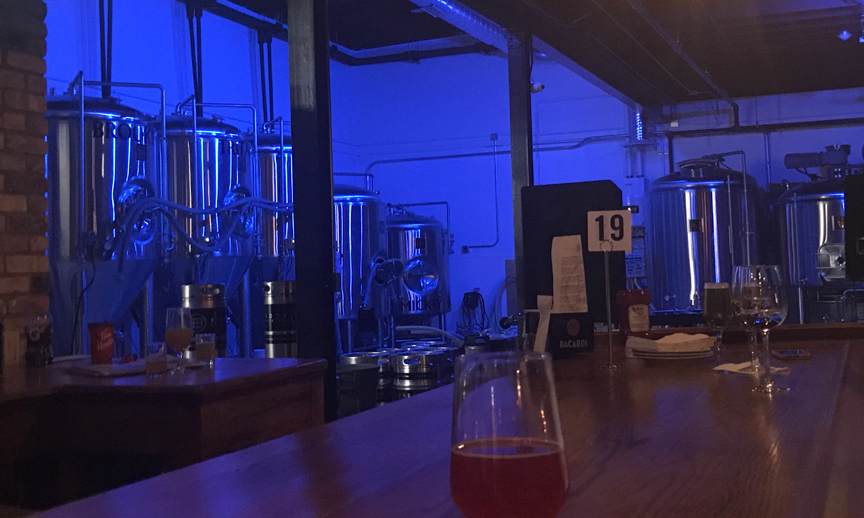 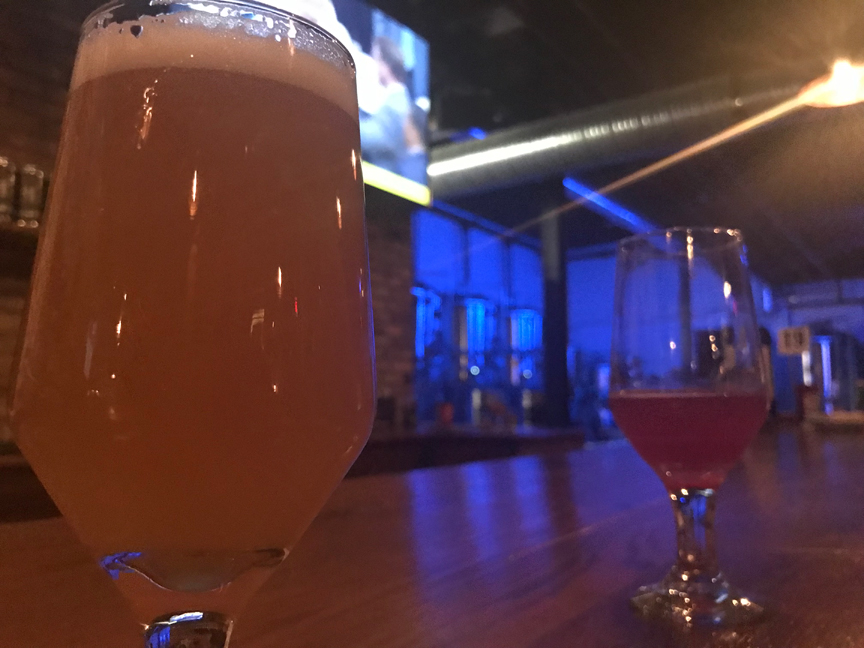 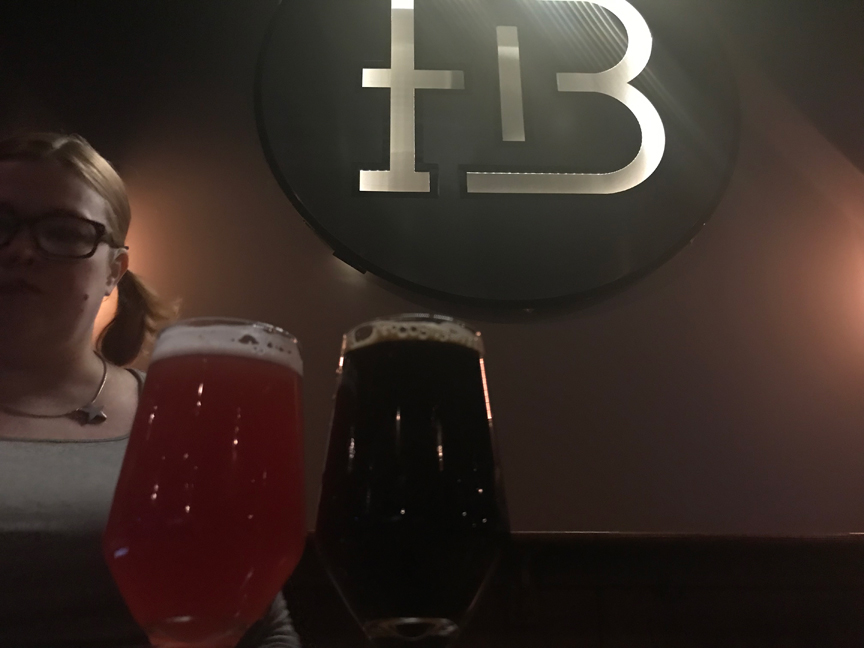 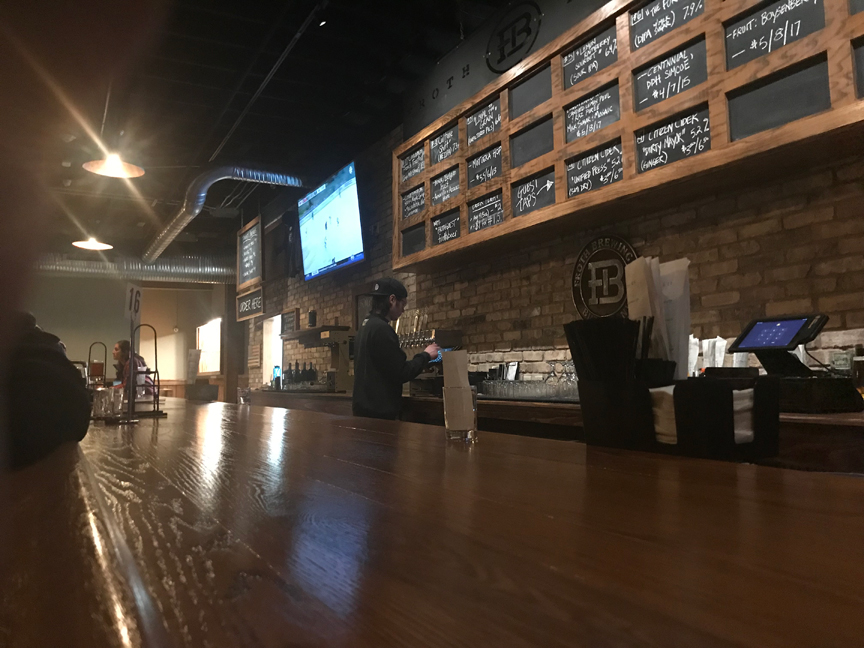 So excited to see what kind of beers Froth will turn out - I will have to keep this place in my rotation. And, with the new Thin Man right down the road and Resurgence not too far away - Buffalo is building quite the 'beer trail' !

The market isn't saturated yet - I'm sure more breweries will be popping up in the near future - Froth is a great addition to the Buffalo Beer scene!

One thought on “Froth Brewing”