Well that was a pretty substantial weekend! I finally got back into some good grilling and swilling! Temp was nice and 2 days in a row I fired my grill

On Saturday I woke up and went into work for a little bit. Then I got home and headed up to the outlet mall in Niagara Falls with my wife. I really have no reason to ever go up there, I'm not really a 'label' guy when it comes to my clothing, but if you are, then I guess you can get some pretty ok deals up there. I don't know.

The only reason I went up there, and you can make fun of me all you want, was to check out the Crocs outlet because I heard they were having a pretty decent sale. Yes, I know the stigma attached to crocs, but I am going on a cruise in the future - very far future - november 2020 future.. And what started as a joke has turned into my reality, and I just gotta get a couple pairs - don't judge me. But here's the thing about the Croc outlet - they only really have sizes up to 12 in the store! I'm a 13 - yes they had some 13s there, but they were the most basic bitch styles, and I wanted to get something that was 'me' !  Oh well, guess I'll wait for a smoking deal on the internet.

But the silver lining to visiting the Croc outlet?  The Beef Jerky store is next door!  So I went in there and bout $28 worth of Beef Jerky.

After walking around the mess of people who seem to have no rhyme or reason to the way they chart their paths in this mall, My wife and I had rumbly tummies so we took advantage of our location and went to the original Griffon Gastropub!

This is one of my favorite places, because of the beer selection, and the food is inventive and delicious. As soon as I get anywhere near a Griffon Gastropub, I begin to salivate thinking about their Shrimp Po'Boy - it is the best $14 I can spend, seriously.

We also decided to give into the curiosity of 'Bahn Mi Nachos' and boy were we impressed! Fried wonton 'chips' asian pork, pickled carrots, sautéed peppers, cilantro, and candied jalapenos - they were unbelievably delicious!

Of course I got a Po' Boy. look at those colossal fried shrimp! there's one on top of each half to enjoy, and 2 just as big inside each half as well! I love that sandwich! good god!! From there, it was back home for a quick nap - then out to Lockhouse Distillery for a few tasty treats and live music with our friends Jessie & Joe!

Then we moved the party over to Angelica Tea room - which I love, but was shocked to find out that they couldn't make a 'Vodka & Tea' for our friend!  You're the TEA ROOM!!!  but the beverages were delicious.. .

Then it was time to go home, but get this! I had put some chicken wings in a sous vide bath before going to the outlets- so 12 hours later, those babies were ready to go!

I took them off, dried them off, then coated them in a layer of Chipotle Maple BBQ sauce that my buddy Neal gave me. Then I finished them on the grill, and sprinkled fresh bleu cheese crumbles on them ala Gene McCarthy's - ! 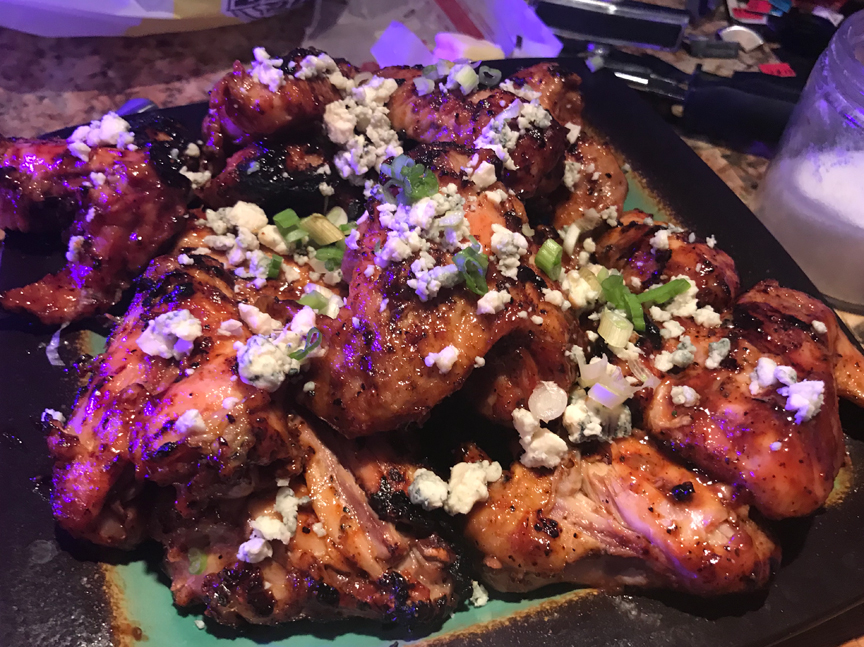 Super Good! And I'm taking a big risk over here by saying that I 'sous vided' chicken wings - being a Buffalonian there's really only one true way to cook chicken wings, but these were damn tasty and flavorful ! 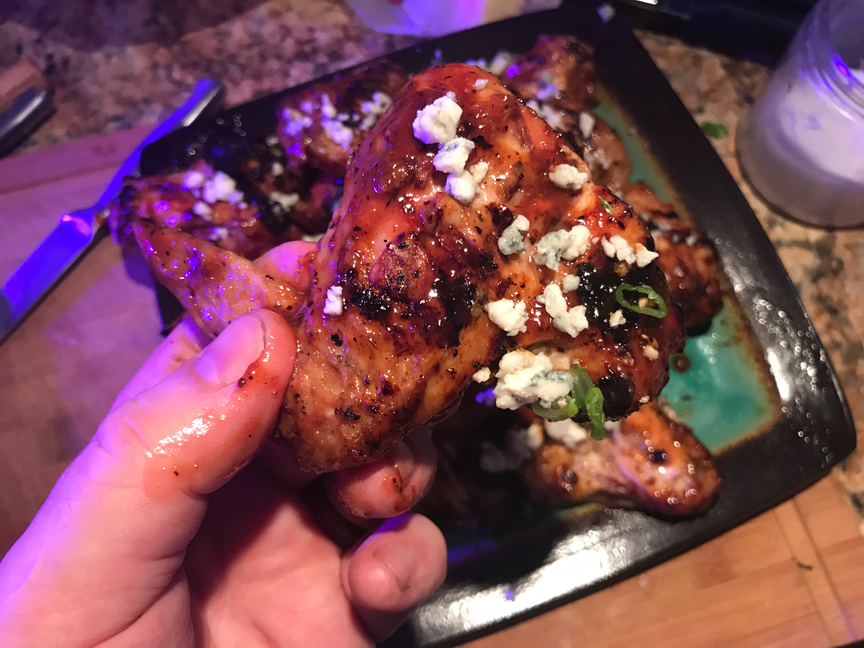 The next day, I woke up with this little number on my pink finger:

I think I got it when I was making the fire to cook the wings - I have chicken wire on my grates so I get less 'fall through' and get better performance out of my charcoal. I think I cut it on the edge of it that I rough-cut with tin-snips.

Anyways, I decided to make myself feel better by eating some high end bon-bons that I purchased at the Broadway Market.

2 were for me, and 2 were for erica. I picked the two that had the splatter action on it. 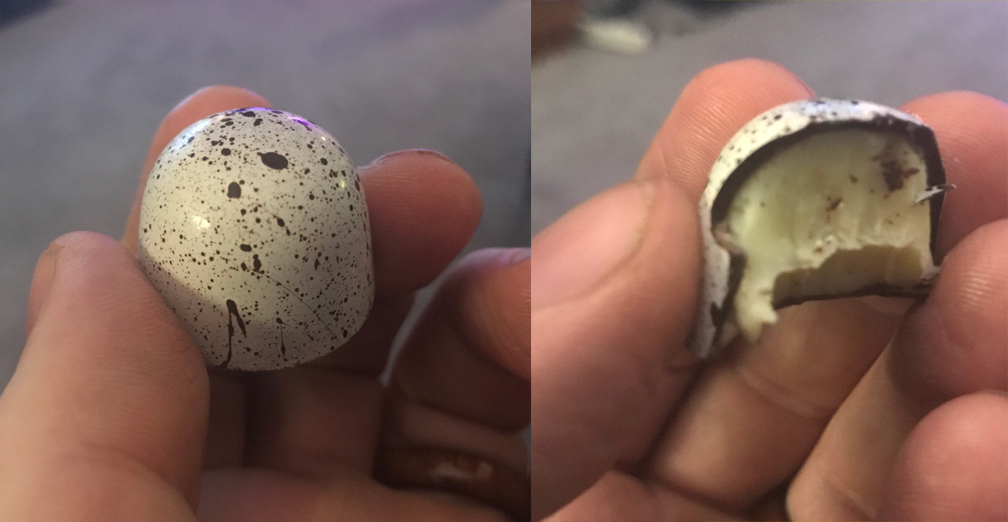 Then it was time to get serious about my alcohol manufacturing, All year and I haven't kegged a beer. almost 2 years since I made some scotch wash, did the stripping runs, and I haven't run the final run to get the final product - Ridiculous! Half-drank Kegs of things I'm not even sure if they're good. What am I doing!!!

I decided to eat some 'Easter Leftover' tacos and put a plan in motion:

While the still was running, I transferred a mead that I had going into a secondary, I emptied a keg that had a gross failed experiment in it, Kegged a oatmeal pale ale, and discovered that my sour lager was really coming together - so I drank a bunch of that too!

I got some oak sticks and charred them a little to age the spirit that I got from my final run of the 2, 5 gallon batches of wash. This is way cheaper than buying a 55 gallon barrel. 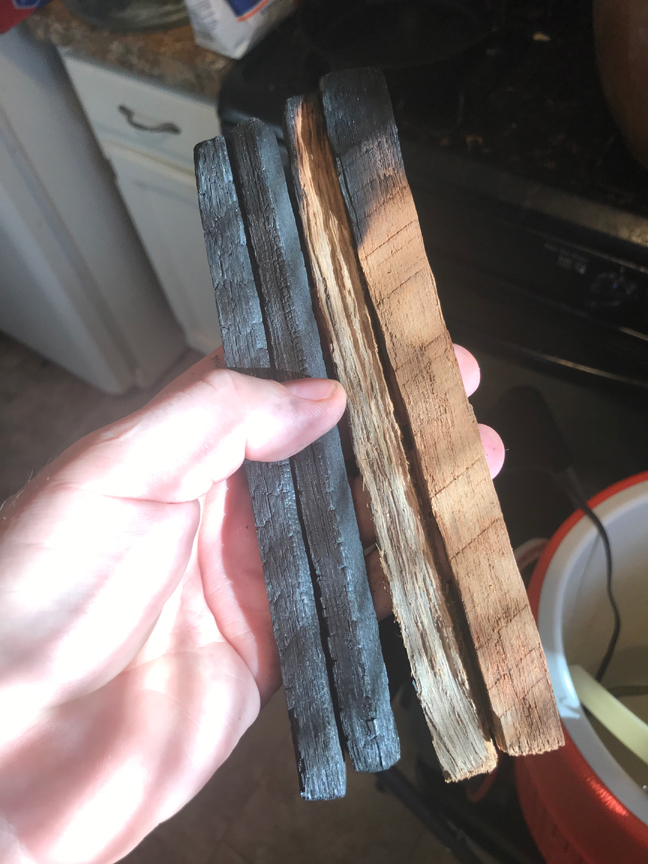 As the sun started to go down, I had to put a plan together for dinner - I procured a batch of Raoul's 'Au Poivre' sauce when I was in NYC, and while mucking around in my freezer, realized I had a 2 pack of prime steaks!   Those babies got heavily peppered and tossed into a sous vide bath! 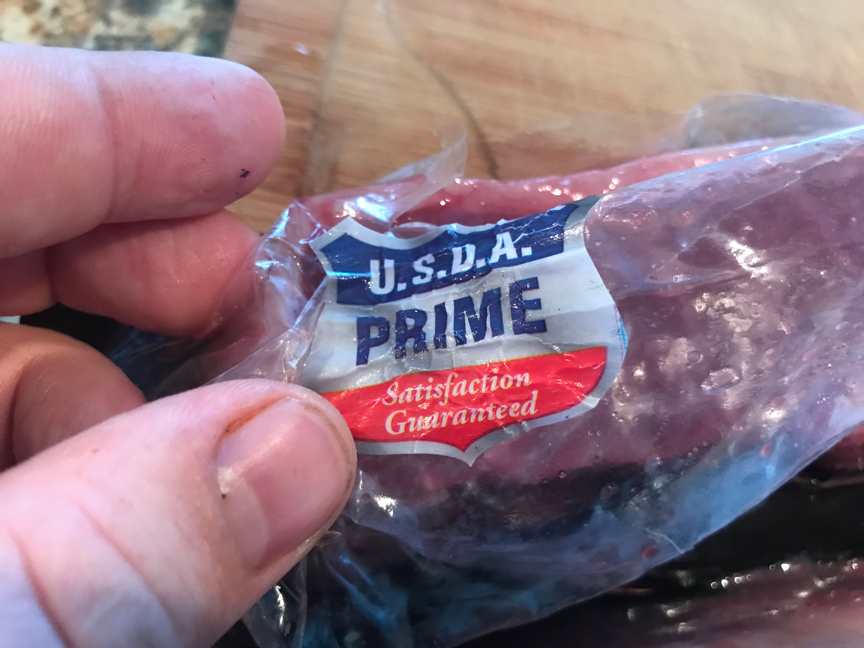 4 hours later, I fired the grill up again and made some steaks I would happily charge $52 for in the open market. 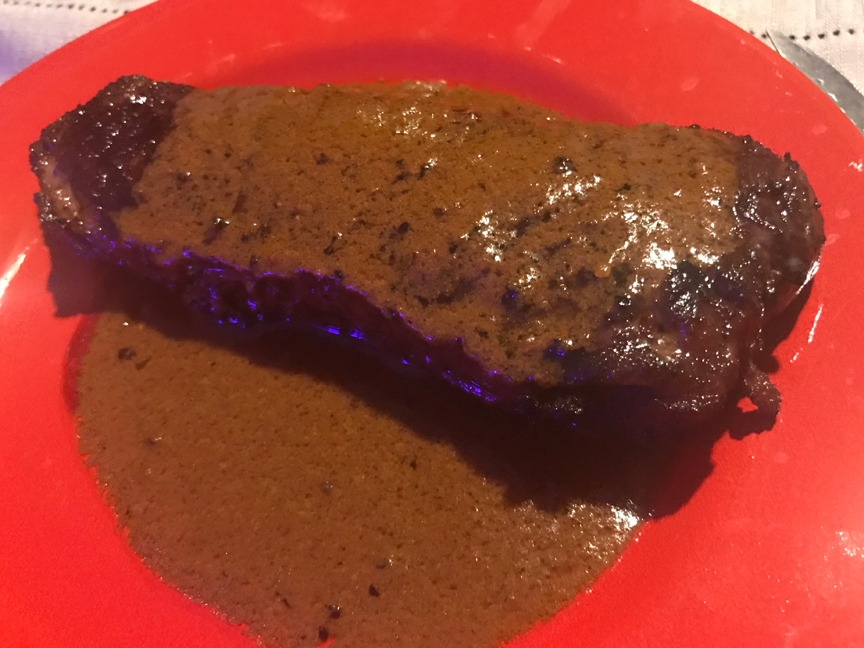 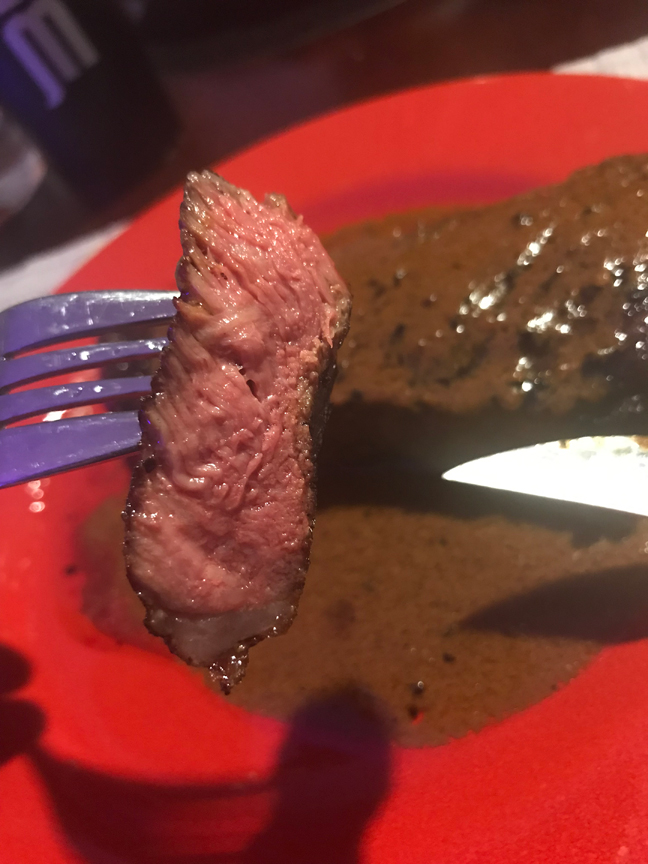 Well, I know this post was kind of all over the place, but so was my weekend!  It was a fun weekend with a lot of activities! I wish I could elaborate on some of them, but there's no chance anyone is reading this - so I'm going to sign off and go to BED!